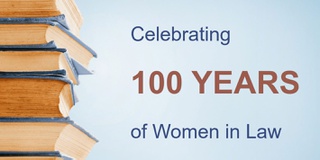 Interested in art, music, film or theatre? A vibrant arts scene thrives in and around Wolverhampton and the University.

‌The Civic, Wulfrun and Little Civic Halls - just 200 yards from the University, almost every big name on the gig circuit regularly checks in, with the Little Civic playing host to new bands.

And Weston Park is also home to the V Festival.

Back at The University, you can listen to - or become part of - groups such as our choirs, string orchestra, brass group and resident ensemble, the English Serenata.

The New Art Gallery is one of Walsall’s many startling surprises. It regularly hosts international exhibitions and has the Garman Ryan collection on permanent display with works by Picasso and Van Gogh.

Wolverhampton Art Gallery welcomes visitors to explore over 300 years of art including the Gallery's Pop Art Collection, one of the largest outside of London, artists include Warhol, Blake, and Hockney.

The Arena Theatre in Wolverhampton is the University’s own theatre. It's intimate and atmospheric, a place where you can feel the hot breath of the actors. It hosts plays and dance exhibitions from local and national companies, as well as work by our own Dance and Drama students.

The Grand Theatre in Wolverhampton is regularly pencilled into the touring schedule of some of the UK’s most lavish stage shows. It’s the place to go for opera, ballet and national touring productions, as well as (behind you!) the annual pantomime.

The Oakengates Theatre at Telford gets you up close to stand-up performances by comedians such as Harry Hill, contemporary drama and appearances from television celebrities including hypnotist Paul McKenna.

‌Cineworld in Wolverhampton offers 14 screens showing the latest releases and Bollywood screenings with discounts for students when you show your NUS (National Union of Students) card.

Light House in Wolverhampton has a cinema showing mainstream movies, but also offers screenings of rare and foreign films.