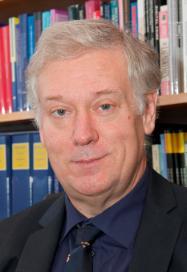 Black lives matter – but to many men whose statues are still displayed in British streets and on buildings, they mattered much less than white lives. In today’s multicultural Britain, calls to take down the statues of Cecil Rhodes and Lord Baden-Powell (the founder of the Boy Scout movement) as racists and imperialists raise vital issues about the gaps in how history is taught in our schools and universities, and about a war that the British have never come to terms with, and have mostly long forgotten.

It was for the defence of a South African town in one of the great sieges of the Boer War of 1899-1902 – now officially the South African Anglo-Boer War – that Baden-Powell first became famous, as the ‘Hero of Mafeking’ (modern Mahikeng). When the news reached Britain that the 217 day siege had been lifted, the country celebrated in ‘Mafeking Night’, with spontaneous and riotous street parties. Rhodes, who was already famous or notorious for his championing of British imperial expansion in southern Africa, played an equally prominent role in the siege of Kimberley, where diamond mining had earned his fortune. Other major British figures of the war, including Alfred (later Lord) Milner and Lord Kitchener, were also deeply racist.

The Boer War was the last and largest of the British wars of imperial expansion in Africa, and the last time that the British – including Australians, Canadians, and other British Empire troops – fought in, and cheered for, an imperial war on such a scale. On the losing side were the two Afrikaner republics, people of largely Dutch descent whose ancestors had settled in southern Africa long before, and who also took their superiority over black Africans for granted, or as ordained by God. At the time both sides claimed to fight a ‘white man’s war’ rather than risk arming black Africans on any scale, or for the British making use of their Indian Army (recruited in modern northern India and Pakistan). In fact, black Africans were heavily involved in the war, and before it ended thousands, as well as thousands of Afrikaners, mainly women and children, had died of starvation and epidemic diseases in the British ‘concentration camps’ used to intern them.

There is no way that modern minds can, or ever should, accept either the motives or the conduct of either side in the Boer War. But this just underscores how utterly remote these men and their lives were from our modern world. The Boer War certainly had its critics in Britain, such as Emily Hobhouse who is still a hero to some South Africans. But mostly people accepted the Empire as a fact of life, just as we mostly accept democracy, with all its imperfections.

Today’s South Africa, the ‘rainbow nation,’ is working to help all its peoples understand that this war is part of all their history, and to come to terms with it. In Britain, now may well be the time for the statues to be moved to museums rather than left on street corners. But above all, episodes like the Boer War, like the whole complex history of the British Empire, need to be much better taught in our schools and universities, so that we can know better who we are.