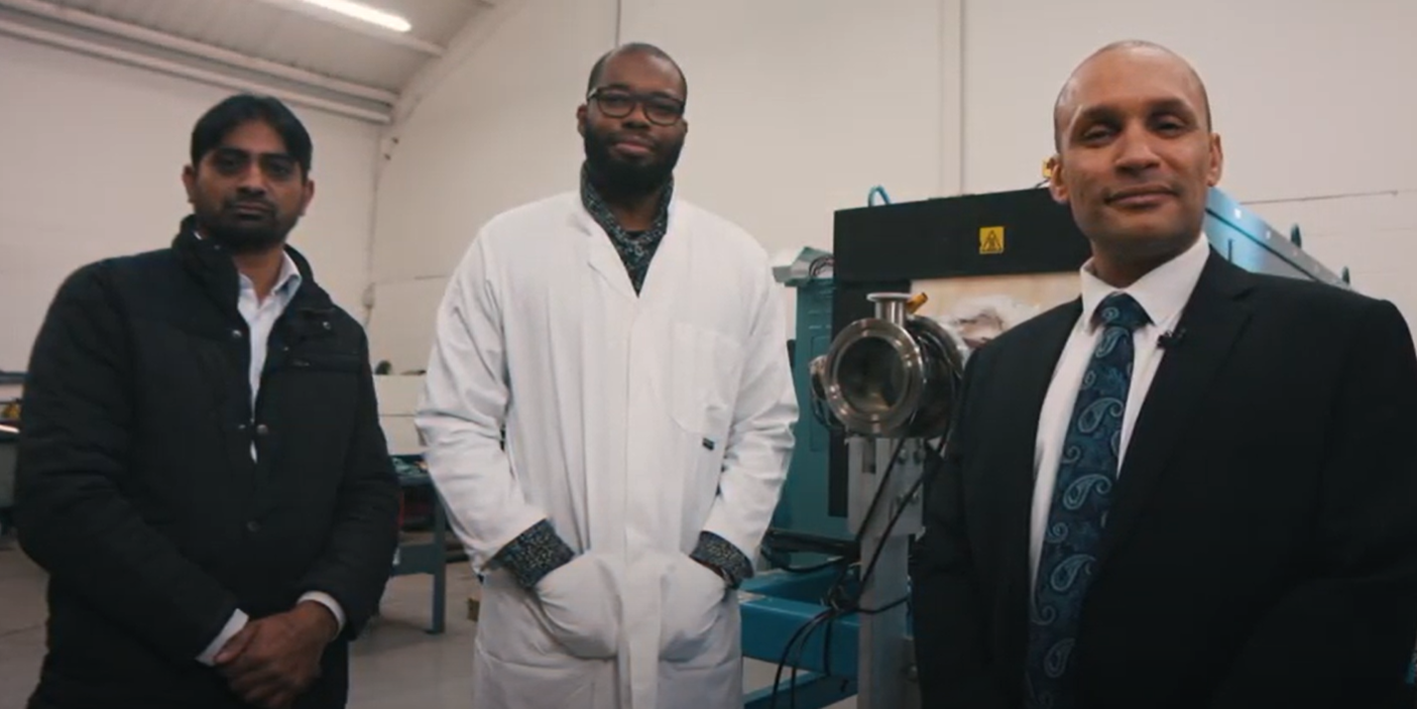 Experts from the University of Wolverhampton are supporting a West Midlands start-up that is investigating the use of advanced thermal technologies to turn waste into renewable heat and electricity through a project funded by the Smart Concept Fund.

PyroGenesys, a bio-renewables technology developer based in Birmingham, has been supported through the tender for the production of a prototype, and the development of a business plan, which has led to further funding opportunities and continued growth for the company.

They have built a pyrolysis reactor that can be installed in factories that produce waste biomass; which their prototype can convert to renewable heat, electricity and biofuels.

Co-founder and CEO Simon Ighofose said: “The Smart Concept Fund supported us to develop an EU compliant tender and conduct a procurement exercise to appoint the services of a reputable prototype developer at a very competitive rate.

“The funding enabled us to leverage further private investment, which we combined to provide us with the financial resources required to award the contract to build our prototype.

“In addition, we believe that the resources secured along with the detailed business plan, which the project helped us to develop, played a significant role in leveraging our first ever Innovate UK grant. That in turn was used to pay for our prototype to be containerised. Having a containerised prototype has helped us develop a product which is now well suited to a global energy access market.

“The Smart Concept Fund was the catalyst which created the initial momentum that set off a chain reaction which is still gathering momentum, which now includes the delivery of five Innovate UK funded projects and the prospect of our first seed investment round.”

Professor Andrew Pollard from the University of Wolverhampton said: “PyroGenesys are a great example of the type of company and new product opportunity the Smart Concept Fund is designed to support.

“They have a talented technical team and this circular economy approach to processing waste materials is directly in line with the region’s aims for a low carbon economy.”

The Smart Concept Fund is part-funded by the European Regional Development Fund (ERDF).

Learn more about the Smart Concept Fund on the University of Wolverhampton website or email smartconceptfund@wlv.ac.uk.