Graduate gets creative with his writing career

A University of Wolverhampton graduate has scripted a career in writing and is now producing for BBC Radio 4’s long-standing radio soap opera, The Archers.

Dave Payne, 38 from Wolverhampton, studied for a degree in English and Drama and graduated in 2003.  After studying English at A Level, he realised it was the subject he was most interested in and decided to extend his knowledge at degree level in the University’s School of Humanities.

He began to write scripts for the Drama modules on his course but was inspired to think about a career in writing when the University invited leading UK producer, Mal Young, known for his work on Brookside, Doctors, Holby City, Casualty, Waking the Dead and Dr Who, to speak to students as part of their course.

Dave began to enter competitions including Shoot the Writers, a comedy sketch show and competition for new writers, where he was one of five winners.

His career break came when, in pursuit of his ambition to be a writer, Dave submitted a script for Hollyoaks which caught the eye of producers who asked him to join the team for the online series.

After taking part in scriptwriting workshops at leading British soap dramas including Coronation Street, he eventually secured a job as a Junior Storyliner for Eastenders and worked on some key storylines for the BBC soap drama for three years where he was promoted to Storyliner and then Senior Storyliner.

He now works as a Producer for The Archers, working on storylines rather than scripts and is still writing in his spare-time, having written his first play, The Killer Question, which will be shown at the University’s Arena Theatre in Wolverhampton in September later this year.

He said: “I had always written stories when I was young and I had a poem published in the Gladiators Magazine – which was a popular show in the 90s.  I was also successful in having a poem read out on BBC Radio 4 when I was 12.  I was interested in writing poetry and only really interested in studying English.

“I had no idea that this could translate into a career until I heard Mal Young speak at one of our University lectures. I had no contacts in the industry, so I worked hard at entering competitions and my career really began to take off.

“The University has played a massive part in my success, and I’m really pleased to still be associated with it, not only have I studied there but I worked there for a while and had some really happy years with a great team.  I’m really looking forward to staging my new play, The Killer Question, at the Arena Theatre in the autumn.” 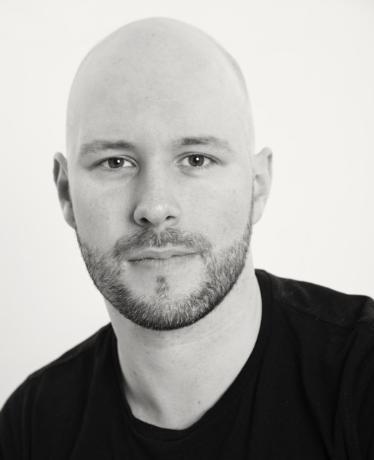 Anyone wanting to study English, Drama or Creative Writing at the University should register for one of the forthcoming Virtual Open Days.