The University of Wolverhampton is collaborating with British Art Show 9 (BAS9) and the Paul Mellon Centre on a performance and in-conversation event being held on Friday 1 April 2022.

The Difference and Togetherness: Art and Britishness in Wolverhampton event will celebrate BAS9 coming to Wolverhampton for the first time as part of the major touring exhibition held every five years by Hayward Gallery Touring.

Based in London’s Bedford Square, the Paul Mellon Centre for Studies in British Art is an educational charity and research institute that champions new ways of understanding British art history and culture.

The event brings together artists, poets, historians and writers to share perspectives and proposals around contested histories, connectivity and community. BAS9 in Wolverhampton looks at how we live with and give voice to difference, featuring artists that explore identify, looking at how it is negotiated and the factors that construct it, such as class, ethnicity, gender, sexuality and politics.

The event is free and starts at 5.00 pm until 6.00 pm followed by a drinks’ reception at the School of Art. Book your ticket for the panel discussion here: https://www.eventbrite.co.uk/e/difference-and-togetherness-art-and-britishness-in-wolverhampton-tickets-303322544897?aff=ebdsoporgprofile 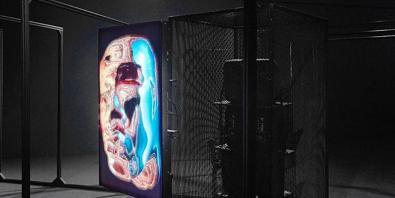 A self-described “hard-to-place person”, GAIKA is an experimental music producer, writer, visual and performance artist. His debut album, Basic Volume, and his first art installation, SYSTEM, a vast experiential audio-visual sculpture, were launched simultaneously in 2018. Both projects draw directly on his Caribbean heritage. While Basic Volume is an elegy to GAIKA’s late father, a Windrush-generation immigrant, SYSTEM marked the seventieth anniversary of Windrush by exploring the impact of migration on music in the UK, sound system culture and the history of the Notting Hill Carnival. GAIKA’s new installation, ZEMEL (2022), is a smaller-scale relative of SYSTEM, and is a shrine to Black heroism. GAIKA (born 1982, London) lives and works in London.

Romalyn Ante is a Filipino-British, Wolverhampton-based author. She is co-founding editor of harana poetry, a magazine for poets who write in English as a second or parallel language, and founder of Tsaá with Roma, an online interview series with poets and other creatives. Her debut collection is Antiemetic for Homesickness (Chatto & Windus). She was recently awarded one of the Jerwood Compton Poetry Fellowships 2021/22.

Gemma Commane is a Senior Lecturer in Media and Communications at Birmingham City University. Broadly the areas of her expertise span the fields of media and cultural studies, gender and sexuality. Her research interests focus on: contemporary cultural studies; gender and sexuality; queer studies; sexual economies and entrepreneurship; dangerous femininities; and ethnography. She has published in peer-reviewed journals and edited collections. Gemma is also a reviewer for a range of academic journals, including Youth Studies, SAGE Open, YOUNG, Sexualities, and Health, Risk & Society. She is one of the founding members of Bean Flicks, Birmingham’s only queer and ethical feminist porn festival.

Rajinder Dudrah is Professor of Cultural Studies and Creative Industries and served as the Interim Associate Dean for Research, Innovation and Enterprise in the Faculty of Arts, Design and Media at Birmingham City University. Rajinder's academic interests are in the areas of film, media, cultural studies and creative industries, including: Bollywood cinema; Black British representation; popular music; diasporic and transnational media; television studies; and in cultural theory and qualitative research methods as applied to popular culture and creative industries research. He has taught and published widely across these areas and has been involved in a number of national and international arts and creative projects.

Hammad Nasar is a London-based curator, writer and strategic advisor. He is co-curator (with Irene Aristizábal) of British Art Show 9, and Senior Research Fellow at the Paul Mellon Centre for Studies in British Art, where he co-leads (with Sarah Turner) the London, Asia project. He is Lead Curator at Herbert Art Gallery and Museum during Coventry’s City of Culture year (2021–22) where he curated the Turner Prize 2021 exhibition, and Principal Research Fellow at UAL Decolonising Arts Institute, London.

Earlier he was the inaugural Executive Director of the Stuart Hall Foundation, London; the Head of Research & Programmes at Asia Art Archive, Hong Kong; and co-founder (with Anita Dawood) and Curatorial Director of the hybrid art space, Green Cardamom, London.