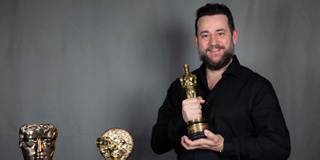 In this theme, researchers address and underpin conservation efforts across a diverse group of animal taxa (mainly reptiles, amphibians, mammals) and in a range of habitats (including urban and post-industrial sites) through integrative approaches combining field and laboratory research. This primary research in animal behaviour, welfare and conservation science underpins direct and appropriate interventions being put in place to help protect vulnerable and threatened organisms, communities and habitats; action which is only possible through detailed investigations of both animals and their environments. In addition to standard ecological methods, we use cutting edge techniques, including molecular genetics, behavioural ecology, semiochemistry, bioacoustics, endocrinology and cell biology, on species of global conservation significance. This work contributes to the conservation of vulnerable wildlife and habitats and also safeguards and enhances the lives of some of the world’s most vulnerable peoples through human-wildlife conflict prevention and education.

The elapid genus Toxicocalamus is endemic to the island of New Guinea, and a number of its satellite archipelagos, but although the genus has been known to science since 1896 it has been the source of considerable taxonomic confusion. Only 520 voucher specimens are held by thirty museums worldwide and many of these could not with confidence be allocated to any known taxon. The genus is primarily distributed across areas of New Guinea that originated as Pacific terranes that collided with the Australian craton and they are believed to be close to the phylogenetic origin of the hydrophiine snakes. Members of the genus are diurnal yet secretive, oviparous and vermophagous.  Their natural history and biogeography is only partially documented.

Most species of Toxicocalamus are localised in their distributions, being confined to single islands or mountain ranges, and are therefore potentially threatened by ongoing copper or gold mining, deforestation, and oil exploration.

The primary investigator, Mark O’Shea, has established a database listing the snakes present on over 2,300 islands worldwide, from the largest tropical island, New Guinea, down to islets of less than one hectare.

The project sets out to determine the factor affecting island ophidiofaunas, including island area, island elevation, island origin,closeness to neighbouring islands, closeness to the mainland, and the effects of human interactions, from changes in land use to the introduction of invasive species.

This project has already initiated a collaboration with a senior herpetological biogeographer at the Universidade de São Paulo, Brazil, and will result in up to two chapters in a forthcoming volume on snake island biogeography to be published by Oxford University Press.

Most primate species are currently classified as endangered or critically endangered. Many of them are preserved in modern zoos that serve as ambassadors of endangered species, breeders of populations acting as buffers against extinction, and educators of the general public. The gentle lemur (Hapalemur alaotrensis) and the red-ruffed lemur (Varecia variegata rubra) are two of the 25 most endangered primates in the world, and currently showing a low success rate in captive breeding. This EU-funded project, led by Dr Stefano Vaglio in collaboration with Dr Sara Fontani (Marie Curie postdoctoral fellow) and Ms Emily Elwell (PhD research student), aims to identify and reproduce the female lemur’s fertile chemical signature and then test its effects on mating success and welfare of captive troops. We conducted a preliminary study on the effects of essential oils (Vaglio et al. 2021). However, ultimately we aim to design a new scent enrichment which triggers mating behaviour in zoo-housed lemurs, by combining methods that integrate cutting-edge semiochemistry with established behavioural observations and faecal endocrinology (Department of Veterinary Sciences, Bologna) and innovative faecal gut microbiota analysis (Department of Biology, Florence). This work will provide findings which should also entail quantifiable impact, such as best practices adopted by target zoos (Jersey Zoo, Wild Place Project - Bristol, Birmingham Wildlife Conservation Park, Dudley Zoo & Castle, Twycross Zoo) and extended to other EAZA institutions through amendments in husbandry and management policies released by International Studbook Keepers & Ex situ Programme Coordinators for the target species at European level.

The rapid expansion of human populations has resulted in dramatic changes of the global and local ecosystems, transforming primate habitats and increasingly placing non-human primates in proximity of humans. This proximity often leads to competition over resources and space between humans and non-human primates which can have detrimental effect on both people and animals. This project led by Dr Stefano Kaburu in collaboration with the McCowan lab at UC Davis aims to investigate conflict dynamics between people and macaques in Asian countries, especially India and Malaysia with the ultimate goal to generate a peaceful coexistence between humans and monkeys. This project, funded by the National Science Foundation, is currently examining the factors driving the conflict between people and macaques and the consequences of the conflict for them. This project, to date has shown that several macaque attributes, in particular sex and social group position, predict macaques’ interactions with people (Balasubramaniam et al., 2020) and that interactions between humans and macaques alter macaque social behaviour which may have long-term consequences for macaque welfare (Kaburu et al., 2019a; 2019b). Moving forward, Dr Kaburu aims to examine: (a) the physiological consequences (energetic balance, immune regulation, stress response) for macaques who live alongside people; and (b) the risks of disease transmission between people and monkeys. Collectively, this work will provide crucial information to both understand what are the costs animals and people have to face due to the conflict and implement intervention strategies aimed at reducing this conflict.

Island systems are some of the most threatened ecosystems in the world and the amphibians and reptiles that inhabit them are particularly at threat. These threats include, but are not limited to: climate change, disease, invasive species, and habitat loss. This project led by Simon Maddock aims to understand the micro- and macroevolutionary processes underlying the Seychelles reptile and amphibian fauna and to use this data in combination with ecological information to help conserve species and habitats. The project is a large collaborative project between staff at Natural History Museum, UCL, University of Seychelles, Seychelles Islands Foundation, Island Conservation Seychelles, Seychelles Natural History Museum, Marine Conservation Society Seychelles, Seychelles National Parks Authority, Gaea Conservation Network Seychelles, Frégate Island Private, University of Michigan, + more.

This work has led to the description of two new caecilian amphibian species Hypogeophis pti (petite Praslin caecilian) and Hypogeophis montanus (montane Mahé caecilian), both of which have highly restricted distributions in need of conservation. As well as publishing research on understanding the description of new species and evolutionary relationships (e.g. Maddock et al., 2020; Deepak et al., 2021), we have developed methods for aiding in the study of elusive amphibians (e.g. Maddock et al., 2014). This research work has directly impacted conservation by advising on the improvement of wetland habitats for amphibians and through expert discussions/guidance with the Seychelles National Biosecurity Agency about preventing the introduction of diseases and invasive wildlife.

The modules, which are now in development, are in international zoo welfare and management, international management of zoo-based conservation, and ethical and legal issues with international zoo management. These will be delivered by the three partner higher education institutions; University of Wolverhampton, University of Bologna (Italy), and University of Limoges (France). The other three project partners are Twycross Zoo, Budapest Zoo (Hungary), and Parco Natura Viva (Italy). Their expertise will be complemented with the input from associate partners, which include Dudley Zoo & Castle, Ecole Nature Recherche (France), Fondazione ARCA (Italy), as well as the British and Irish Association of Zoos and Aquaria and the European Association of Zoos and Aquaria.

Through a mix of partner-focused workshops, a wider multiplier event and a summer school, the consortium will develop and test a suite of training materials that can be used either independently within the context of each training module or as part of a coherent whole.

Ultimately the aspiration is to develop the modules into a formal international postgraduate qualification led by the University of Wolverhampton.

Find out more at InterZoo