Apprenticeships - what goes around comes around?

When the Statute of Artificers was passed in 1563, there were many more apprentices in the City of London than there were university students or graduates. London would have to wait another 250 years to have a university, though after this act it did have a regulated system of vocational training with fixed wages and compulsory training periods for the Guilds that oversaw it.

These days there are similar numbers of Livery Companies (110) to the numbers of universities and higher education institutions in London, but you are much more likely to visit one for a university graduation than for anything to do with an apprenticeship.

But that may be about to change. This Government has impressive ambitions and policies for apprenticeships and a Technical and Further Education Bill is currently working its way through Parliament.

Central to plans for boosting technical training is the target for 3 million apprenticeships and the Apprenticeship Levy to help pay for it.

The Levy comes into place in April 2017, taking 0.5 per cent from large employers’ pay bills over £3 million each year. The government then applies a 10 per cent top-up to a new digital account from which employers – including most universities and colleges – must take on apprentices and commission training or lose their money.

One part of meeting this ambition to expand technical skills is a major emphasis on growing degree apprenticeships, which are currently in the minority compared to other apprenticeships or those studying for degrees.

But the ambition is to grow them significantly, and at a time when overall university applications are falling and competition for declining numbers of school leavers intensifying. Universities will want to find ways to get their levy payments back and, like many other large employers, will likely be most interested in higher-level qualifications.

But there are other reasons to get involved. 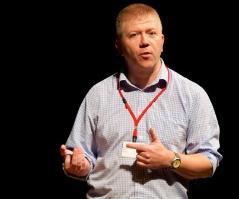 Reasons to be cheerful

Firstly, in a time when links to employers are more important than ever, including for graduate destinations, placements and research partnerships, apprenticeships provide an opportunity to broaden and deepen them.

Secondly, involving employers in curriculum design may feel burdensome, but has potential spillovers throughout a university’s course offer just as measures of graduate employment and student satisfaction become more significant.

Thirdly, apprenticeships offer an important opportunity to broaden a university’s offer and help to diversify a narrowing English higher education system. Apprenticeships are largely taken up by older students, including those already in work, so this also offers an opportunity to tap into new recruitment markets as well as to help rebuild old ones – the traditional part time, mature and work-based learners that have each declined dramatically in the last few years.

Reasons to be slightly less cheerful

But there is also a long list of ‘cons’. Apprenticeship and technical education funding is notoriously complex and unstable.

Ten years ago, while part of the Leitch Review of Skills at the Treasury, I drew a diagram that described the skills system in England. Almost every agency – and there were lots of them – had been created within the previous decade. Proudly, my diagram even made it into Private Eye. Ten years later and almost every agency has been abolished (again) and funding streams changed. Professor Ewart Keep of Oxford University has described it as ‘the biggest train set in the world’.

But even if the current arrangements stay in place for a longer period, it’s still a very different system to higher education. Working with employers and employees – as well as new funding and quality bodies – is time consuming and resource intensive.

There are likely to be competing aims across higher education and apprenticeships systems. Completions of apprenticeships aren’t yet as good as for degrees and neither is student satisfaction.

Both may count against universities as the Teaching Excellence Framework scales up and rolls out.

There is a risk that many universities won’t understand the apprenticeships system and that when they do, will dislike it even more.

But there is still a lot of funding on offer. If universities don’t take it then someone else will.

This is exactly what has already happened in further education. According to FE Week, just a third of apprenticeship funding is currently allocated to further education colleges – and a significant proportion of that is actually delivered by independent training providers subcontracted from colleges.

As the former skills minister Nick Boles warned colleges in 2015, they shouldn’t let private providers ‘nick your lunch’ over apprenticeships. So more degree apprenticeships will provide even more competition for universities.

All of this does suggest that with priorities like apprenticeships and Institutes of Technology the Office for Students will need to find a similar way of working with the Institute for Apprenticeships as it will with UK Research and Innovation. In many other parts of the world, including in Wales and Scotland, these objectives are brought together into one system.

So neither the target nor the levy are likely to be the final policy acts in this space. Since the 16th century our interest in apprenticeship as well as training levies has come and gone.

Businesses, including universities, tend not to like additional taxes, especially to fund a system that they may not want to use.

But to ignore degree apprenticeships on this basis would be short-sighted and acting merely in our institutional self-interest. We would be better advised to get involved and start shaping the system as well as the quality and choices that it offers.