Cracking Codes and Scrubbing Floors: The Women of Bletchley Park

Cracking Codes and Scrubbing Floors: The Women of Bletchley Park

I sighed and said aloud, “I’ve got my high school certificate; is scrubbing floors really the best use of my time?”  to which another woman replied, “I’ve a diploma from Cambridge and that’s exactly what I’m doing.” 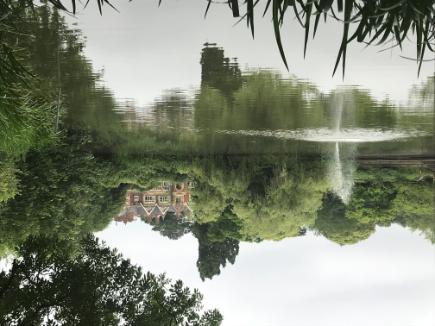 I’m quoting from an immersive interactive experience at my recent visit to Bletchley Park: Buckinghamshire’s ‘Home of the Codebreakers’. A fascination for fictional portrayals (Enigma, The Imitation Game and especially the women of The Bletchley Circle) had pushed ‘BP’ up my bucket list. It’s estimated that intercepting enemy intelligence at Bletchley Park reduced the length of the Second World War by several years and saved many thousands of lives. How did the women of Bletchley Park contribute to this historic achievement? Was there more to it than scrubbing floors?

At its height Bletchley Park employed 10,000 staff; it’s estimated that between two thirds and three quarters were women. What did they do? Like many visitors, I arrived with the common misconception that BP was bursting at the seams with mathematical boffins like Alan Turing and chess grand masters with IQs of 200. There were a few outstanding women crypto-analysts - like Joan Clarke, portrayed on screen by Keira Knightley in The Imitation Game – but evidence suggests they were in the minority. Often women were chosen to work at BP for their secretarial expertise. Shorthand, speedwriting and minute taking skills were invaluable when transcribing intelligence. The finest crypto-analysts and codebreakers wouldn’t get very far without copies of the codes to crack. This pivotal contribution cannot be underestimated.

Feeding up to 10,000 BP staff was a round-the-clock odyssey; it wasn’t all picturesque picnics around the lake (especially when it froze in winter!) Catering was carried out on an epic scale, resulting in its very own sub-section of BP’s excellent accompanying virtual tour. Inevitably the food varied in quality, as with any mass catering arrangement. Photographic evidence suggests the majority of catering staff were women. The adage ‘An army marches on its stomach’ applied not just to squaddies but to the administrative army based in rural Buckinghamshire. BP’s caterers had a vital part to play.

While class distinctions were rarely explicit in Bletchley’s excellent exhibitions, I felt that a certain type of ‘middle class girl’ was perceived as the ideal. One woman even reflected, “We were having quite a jolly time then the WReNS [Women’s Royal Navy Service] came along and ruined it!” There was a perception middle-class girls were raised to be discrete. According to posters of propaganda, loose lips sank ships and walls had ears. Immediately upon entering the gates at Bletchley, each girl’s first duty was to the sign the Official Secrets Act. My use of the term ‘girl’ is deliberate. Many who worked in this highly pressured environment had yet to turn 20.

Direct involvement in the war effort resulted in what we might now call job satisfaction for countless women workers. But I couldn’t help but feel there was a hidden history or herstory. Relentless shifts and uncompromising working conditions saw staff collapse with exhaustion. I found myself in awe of one woman’s recollection of particularly challenging time: “One can put up with just about anything for only three weeks, can’t one?” Did these young women – many with little life experience and living away from home for the first time, often billeted with strangers – have a women’s staff network to support them? Having signed the Official Secrets Act, they might have been afraid of identifying and reporting incidents.

Sadly I saw little evidence of opportunities for women with potential to rise through the ranks. Skills developed beneath a shroud of secrecy were unlikely to have been pursued in peace time. As for scrubbing floors, the Covid-19 pandemic has demonstrated that we all need to pull together at times of crisis. While I’m delighted our University has a building after Alan Turing – the new face of the fifty pound note – was he called upon to clean his office name of team spirit?

Bletchley Park is a compelling slice of history and a brilliant place to spend a day. I don’t pretend to understand all of the maths, but some gender codes remain unspoken and therefore unbroken.