Reflections on Capacity Development work in Afghanistan 20 years ago

The University of Wolverhampton's Centre for International Development and Training's (CIDT), Professor Philip Dearden, reflects on his time working in Afghanistan with the Interim Government back in 2002. 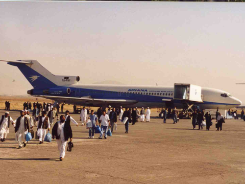 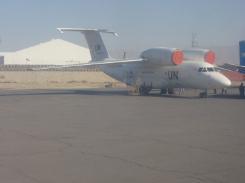 Arriving at Kabul airport in 2002 alongside many Afghans returning in order to rebuild their country.

The dramatic events of the past two weeks have led me to reflect on my time working in Afghanistan with the Interim Government back in 2002.

Seconded from the University to the Afghan Assistance Coordinating Authority (AACA) I was privileged to be able to work with the UK Crown Agents as one of the first international development staff in Kabul after the city had been liberated from the Taliban in 2001.

Established on 1 April 2002 the Interim Government’s AACA was the public body responsible for the overall management of development assistance to Afghanistan. The objective of the AACA was to attract international assistance and guide its effective usage.

I was accompanied by my CIDT colleague Bob George.  Living conditions in Kabul were not at all easy but the work was immensely satisfying. Our terms of reference were fairly simple but a huge challenge. Following a rapid needs assessment exercise we were commissioned to build up the capacity of a key group of senior Afghan staff in strategic development, programme and project planning.  We took a “Training of Trainer” approach as well over 200 new AACA staff required immediate training.  Our remit covered all sectors across the whole country!

There were of course many discussions. Many of the international donors wanted to support Girls Education (which was sometimes very much top of their agendas).  Getting donors to support infrastructure projects (e.g. roads, bridges) where there were very many, sometimes urgent, needs was considerably harder.  We did however make progress and years later we felt our capacity development work was not in vain. 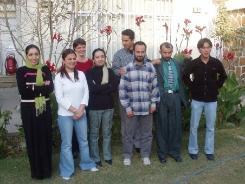 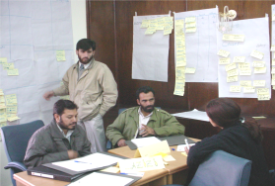 Training of senior staff from the Interim Afghan Government’s AACA and the Ministries of Planning, Public Works, Higher Education and Education in 2002.

Over thirty years of conflict had left Afghanistan one of the poorest countries in the world. A third of Afghans lived below the poverty line; one in six children died before their fifth birthday; and average life expectancy was just 48. Only one in four Afghans were able to read and write.

Corruption was a problem felt personally by many Afghans, fuelled by patronage politics and a war economy. Women and girls still faced enormous challenges and huge disadvantages in the areas of political participation and decision-making.

Programme and Project Management Training of a cadre of young DFID staff in Kabul in 2004.

“Afghanistan has made impressive progress since the fall of the Taliban in November 2001. The Bonn Agreement of December 2001, intended to put in place a “broad-based, gender-sensitive, multi-ethnic and fully representative government”, has been successfully implemented. Milestones in this process were the adoption of the new constitution in January 2004, presidential elections in October 2004, parliamentary and provincial elections in September 2005 and the inauguration of the new National Assembly in December 2005.”

“From the very low base, progress has been made over the last ten years. 5.8 million Children now attend school, over a third of whom are girls, up from virtually none under the Taliban.

85% of Afghans are now covered by basic health services, compared to 9% in 2002. The economy has grown by an average of 11% per annum since 2002, and tax revenue has risen from $200m in 2004 to a preliminary estimate of $2bn in 2011/2012; progress is being made on strengthening public financial management, and local government is improving in some areas. The Government of Afghanistan approved a National Action Plan for Women in 2008.”

“With support from the UN and its partners, Afghanistan has made significant progress since 2001. GDP per capita has increased by 70% since 2002, over three million Afghans have benefited from rural water and sanitation projects and well over 20,000 Community Development Committees have been set up throughout the country. More than six million children have enrolled in school, and 85% of the population now live in districts with access to basic health services. UN agencies have helped to clear over 7.7 million pieces of unexploded ordnance, and have supported the return of over 5 million refugees. Working closely together UNAMA, UN agencies and their partners made possible democratic elections in 2004 with a voter turnout of 75%, and helped the Government draft and abide by a modern constitution founded on Islamic principles that codifies the rule of law, democratic governance and human rights for all."

“Today close to five million Afghan refugees have returned home, one of the largest movements of people to their homeland in history. We have rehabilitated 12,200 km of roads, over the past six years. Our rapid economic growth, with double digit growth almost every year, has led to higher income and better living conditions for our people. With a developing road network and a state-of-the-art communications infrastructure, Afghanistan is better placed to serve as an economic land-bridge in our region. These achievements would not have been possible without the unwavering support of the international community and the strong determination of the Afghan people.”

With the dramatic recent change of government in Afghanistan there are of course many questions. The one I have is “Was our capacity development work in vain?”

Of course, being an eternal optimist, I would like to think, no it wasn’t. Starting from a very low baseline, massive development progress has been made in the past twenty years as can be clearly seen from the quotes above.

At its heart International Development is about the Capacity Development of individuals, see the CIDT model of Capacity Strengthening (below).

Looking ahead and being realistic, I suspect that it will be the capacity of the many diverse Afghan communities’ and their leaders (both men and women) to bargain with their new leaders in Kabul that will affect the long term behaviour of the Taliban government and its future development work.

Meanwhile the immediate need will be for humanitarian support and I sincerely hope that this can be given to Afghanistan.