Poverty and Wolverhampton: Why the general election should herald a new approach 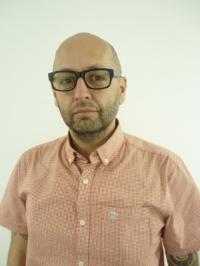 Despite all the media coverage about a potential EU referendum, leaders’ debates, and even a recent newspaper exclusive about Nigel Farage’s coat, the main issue of the forthcoming election and the one that genuinely affects us most should be what can be done about poverty.

In Wolverhampton, where we have above average levels of poverty, this remains an issue that is more pressing than ever.  This is not just because of the personal misery caused by poverty, and not even just because of the social injustice where one of the richest nations in the world has increasing numbers of people relying on food banks, but because poverty has an economic impact that holds us all back and limits the city’s economic growth.

If we look at the national picture of poverty, we are seeing increasing demand for food banks, rising levels of fuel poverty and a situation whereby more and more people are reliant on benefits.  On, this latter point, there is an interesting and frequently overlooked issue that is that whilst unemployment is under 2 million, there are over 8 million people who are reliant on benefits.  In other words, most benefits are actually paid to working people rather than the ‘skivers’ and ‘shirkers’ blamed by the government for increasing welfare demand.  As an example, over two-thirds of housing benefit is paid to working households, which means that the majority of people affected by the Bedroom Tax will be those who are working and on low incomes.  With increasing levels of zero hour contracts, low pay and job insecurity, we are seeing a rise in numbers of people who are both working and poor – to set the record straight, Job Seekers’ Allowance accounts for approximately 3-5% of government welfare spending.  The problem in all this is that if people are receiving less and less money, then they are spending less and less in local economies and those local economies are then unable to grow to produce more and better jobs.  Exacerbating this issue, if there is a high demand for welfare (as there is in Wolverhampton), then welfare reforms that take money out of people’s incomes will lead to even lower levels of spending in the Wolverhampton economy.

So where exactly does this leave Wolverhampton?  As a city, we have a high demand for welfare due to (i) above average unemployment, (ii) above average concentration of employees in low paid jobs, and (iii) above average numbers of people with no formal qualifications.  It is estimated that welfare accounts for approximately £615m of the city’s economy per year – and with people on low incomes typically spending all of their income in the local economy, then every pound cut from welfare is a pound cut from the city’s economy.  Furthermore, wages in Wolverhampton are on average £80 per week below the national average; this accounts to a shortfall of approximately £600m of spending each year.  The position of Wolverhampton is that it remains vulnerable to economic shocks and has low resilience in recovery.

Coming back to the election, we need to be looking for politicians who will reframe debates about poverty away from unfounded rhetoric and towards policies that will make a real impact.  Stated beliefs that poverty is caused by ‘bad lifestyle choices’ or ‘choosing to live a life on benefits’ are inaccurate and unhelpful, as well as not addressing the real problems faced by Wolverhampton.  In doing so, rather than having policies that merely cut welfare, we need instead to have policies that reduce the drivers of demand for welfare, which includes unemployment, in-work poverty, job insecurity and low skills.  With this in mind, we need to see a government that is not only prepared to support investment in Wolverhampton, but also to tackle the factors that result in poverty.  If we were to see higher levels of pay to support increased local spending, giving people the option to come off zero hours contracts, repealing welfare reforms , and investing in more education opportunities, then we will start to see reduced poverty in Wolverhampton.  If central government does not intervene to address poverty in Wolverhampton, and many other similar places across the country, we will see continued poverty for years to come.  One of the barriers for Wolverhampton is that the drivers of poverty are often national issues that cannot easily be solved at a local level.  For this reason, we need strong government intervention and for that reason, the general election is important for our city.