Leicester City, The Premier League and the Steel Crisis 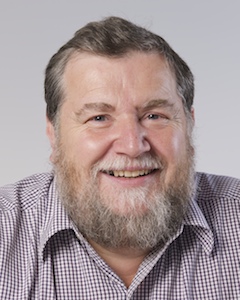 They might do it. If Leicester City win the Premier League what an achievement it will be. A year ago they were almost relegated. Now with a handful of world class players and a team made up of average footballers they will have already trashed the big boys. And they have done it by working together, by raising their game to compete at the very highest levels. There can't be many true football fans who in their hearts don't want to see Leicester win.

I have been thinking a lot about Leicester City as I have been involved in arguments about the future of British industry. Britain does still have some world class sectors and within them some world class manufacturing companies. But they are getting fewer.

However, perhaps the bigger problem is a team one. Unlike at Leicester, where a true team effort has won out, could the problem the UK economy faces be the ways in which many average sectors and companies have gone under?

If we compare the UK economy with that of Germany or even France then one of its big issues is the missing middle of good average firms. As manufacturing is increasingly hollowed out the problem may be getting worse. This is especially important for the so-called 'Northern Powerhouse' or the 'Midlands Growth Engine'. These are fine slogans but to be meaningful there needs to be a regional team base of world class and good average firms.

Imagine for a moment that Leicester City had been managed like the UK economy. Everyone knows that sometimes 10 can play as well as 11. But no manager would prefer to start in any competition with just ten players. Once the numbers in the team start to go down further, then no matter how great the handful you are left with are, they will not be able to beat a full team on the other side. So we would think it crazy if the Leicester manager and fans said - this week we are only starting the game with two players - a great goalkeeper and a great striker. They are the best - who needs the rest?

In sport the fallacy would be obvious. You need a full team - the full complement that Leicester has become. But is the economy any different? Top class companies cannot exist in isolation. They need to be surrounded by networks of lesser but vibrant players. Just as in football the average players are important.  Sometimes these good average firms can even raise their game. Younger ones can rise to greatness; older ones can gain a second wind and become world leaders.

But this is not how some people think when it comes to the economy.  When sectors and companies get into difficulties they say - let them go under. Do we really need them? Just think of how this argument has played out in the West Midlands in the last year. Goodyear - well it was on the way out so who cares? Then there was Caparo - why do we need that? And now Tata Steel. Perhaps we can get by without a steel industry at all.  If the Chinese are being kind enough to sell us subsidised steel more cheaply we would be stupid to reject it.

So in the economy and especially the regions the team size keeps getting cut down. This makes the few world class survivors stand out all the more. But it is not clear that it is a viable long term strategy. Without a strong average team around them even the stars end up being dangerously exposed. Just look at this year’s candidates for relegation from the Premier League for proof.