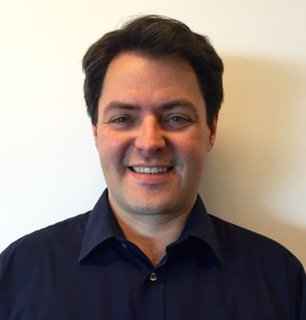 , Senior Lecturer (Interpreting and Deaf Studies), recently spoke in the European Parliament at an historic conference to demand better recognition of sign language. Here, he recounts his experiences and explains why this event was so important.

It was a tremendous honour to be invited to the European Parliament by Helga Stevens MEP.

Also present were the European Union of the Deaf (the EUD) and the European forum of sign language interpreters (efsli), of which I happen to be the incumbent vice-president.

Almost 1,000 sign language users from across the EU sat in the parliament’s hemicycle, with between 50-60 from the UK, including representatives from the British Deaf Association and  two Wolverhampton students, one studying for a BA in Deaf Studies and Deaf Studies and Special Educational Needs, Disability and Inclusion Studies, the other studying for a BA in British Sign Language (BSL)/English interpreting. Both enjoyed being witness to this historic event.

All 24 official spoken languages and the 31 sign languages of Europe were being used and interpreted for the first time in the Brussels parliament. I was able to use BSL to address the chamber and therefore use the sign language of deaf people in the UK.

It was also great to be able to represent the University and draw upon some of the research I have undertaken into sign language people’s access to highlight the inequality experienced by deaf people.

To be a citizen in the EU and the UK is to have the right to communicate in your first or preferred language.

For deaf people this is often sign language, although it might be learned later in life rather than from birth. Often this is because education policies do not allow deaf children access to sign language, even though this contravenes the UNCRPD.

The World Federation of the Deaf (WFD), has clear policy on the education rights for Deaf children. The UNCPRD, of which the UK is a signatory and ratified in July 2009, clearly details the rights of people with disability and those who use sign language. And we should be ensuring that all deaf children as given as many choices as possible including meaningful access to sign language.

There is evidence of the use of signing in the UK from 1576  The first record we have of an interpreter being used in an official capacity in the UK appears to be at the old Bailey in 1771.

More recently, with university training, deaf people have had better access although there is still room for improvement. We need to see that sign language is supported in all EU countries.

As part of our cultural heritage, as Helga Stevens and others stressed, we need to ensure that sign languages are used in all areas of public and private life.

Good quality interpreter education is part of the solution

The University of Wolverhampton’s Deaf Studies and Interpreting academics have long been involved in promoting sign languages and interpreter education in Europe. We were instrumental in the writing of the assessment guidelines and learning outcomes published by efsli.

At the parliament in Brussels I was able to draw people’s attention to the complexity of learning sign languages and also to the level of training required to ensure that professional sign language interpreters are deployed.

This is a requirement of the UNCPRD and enables sign language using people to have equality of access to goods and services.