The Burkini Ban and the Dangerous Consequences of Coercive Undressing

Images of armed police supervising the undressing of a Muslim woman on a Nice beach have gone viral in the last few days. The officers were apparently upholding the ban on the ‘burkini’, a swimsuit that covers the legs, arms and hair, and is contentious because of its religious connotations, read as provocative to the secular values of the French state. 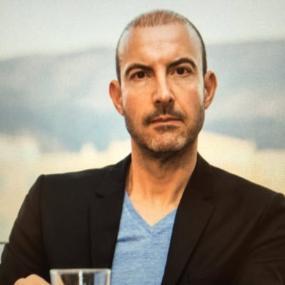 The woman in these widely shared images was not wearing the ‘burkini’, but a headscarf, leggings and tunic, which she was forced to remove as four police officers stood over her. The power dynamics in this image could hardly be more stark, but the disapproval, suspicion and coercion involved are an everyday and mundane reality for many Muslim women across Europe. Constantly commanded to integrate, at the same time as being admonished for not doing so correctly, contemporary Islamophobia regularly constructs Muslims as objects; to be disciplined and controlled by those entitled to decide, supervise and direct the level of acceptable integration.

French commitment to laïcité means that state attitudes to religious symbols are bluntly hostile. Yet, we need only consider Jack Straw’s famous intervention into the ‘veil debate’ in the UK to remember that the construction of Islamic dress as contentious is a widely shared narrative across Europe. In 2006 Straw, a former justice secretary and then a Labour MP for Blackburn reflected on a meeting with a veiled constituent who, although on most levels integrated (in terms of accent and education), made him question the common bonds that the veil seemed to sever. In an article for the Blackburn-based Lancashire Telegraph, which prompted a debate he wrote:

“Above all, it was because I felt uncomfortable about talking to someone "face-to-face" who I could not see. So I decided that I wouldn't just sit there the next time a lady turned up to see me in a full veil, and I haven't… I can't recall a single occasion when a lady has refused to lift the veil; most seem relieved."

Framing the veil as a sign of separation, the French, like Jack Straw before, have marked it as a difference that exceeds their level of tolerance and resolved to no longer accept this state of affairs by henceforth requesting that veils be removed. However, such decisions are being formulated, and their consequences acted out, from a position of cultural power where the entitlement to feel ‘comfortable’ is deemed more important than Muslim women’s right to veil.

If the veil is constructed as a mark of separation and difference, then its removal becomes a nod towards integration and similarity, but its meaning in British or French society must not be decided a priori. The ‘burkini’ was designed to widen and encourage the participation of Muslim women in beach culture in much the same way that the veil acts, for some, as a way to retain principles of Islamic modesty while taking part in everyday activities.

It is somewhat ironic that the very articles of clothing that encourage comfortable participation in European societies are being marked out as so dangerous to these societies’ values that they must be removed. There is no more naked display of this power than the image of armed police forcing a peacefully reclining woman to undress. To empathise with her it is necessary to imagine the psychic rupture involved when, enjoying the mundane activity of lying on a beach, one is forced to come to terms with one’s construction as an object whose very presence disturbs the order of things.

The decision by France’s State Council court that the ‘burkini’ ban is plainly illegal is welcome. But decriminalizing clothing is not the central issue.  We must disentangle values from cloth in order to understand that coercive undressing does not always require an armed officer to direct it.