The big issues facing HE in 2017 are easy enough to identify. There's the continuing progress of the HE Bill through Parliament with - as the sector hopes - some major amendments along the way. All English universities will be thinking deeply about the Teaching Excellence Framework (TEF), their 15-page statement and the colour of medal that it gives them. There will also be the delayed Home Office consultation on immigration including the still vexed issue of international student recruitment. And of course there will be all things Brexit - with the eventual triggering of Article 50 and the beginning of proper negotiation.

While the plans for negotiating Brexit remain either unformed or unclear, following the Autumn Statement we can at least see how the government intends to mitigate its effects. If we are to believe the Office for Budget Responsibility (OBR) and the Treasury then the impact of leaving the EU will bring significant negative risk and the Government intends to borrow at least an extra £122 billion in order to help us guard against them.

Spending that money on infrastructure and on research and development is at the heart of that plan. This also makes the forthcoming Business, Energy and Industrial Strategy (BEIS) consultation on industrial strategy a major event with the expected details of how the additional £4.7 billion will be spent. 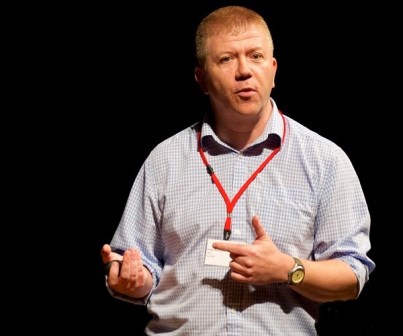 These are the main issues that are coming down the track as 2017 approaches. But in each there remain a number of existential challenges for universities to tackle too. Populism, 'post truth' politics and the 'death of the expert' all provide major challenges and none will be going away in 2017. How we confront these rather more troubling challenges will be even more important.

Along the way we will need to understand that the challenge isn't just about how well universities manage. This Government will be prioritising policies that help reconnect those 'left behind' or that at least appear to do so. As a result we must tackle the big issues by better describing how universities make an impact on our communities and the everyday lives of people who live in them

In other words we might be better off responding to the big challenges by demonstrating how we can help Theresa May deliver her agenda. Her interest in universities breaks from that of Cameron, Osborne as well as from Blair and Brown. To all of them, universities were important in themselves - because of what they were and what they did. But for Theresa May universities seem more important as mechanisms through which other objectives can be achieved. Controlling immigration, improving social mobility (by sponsoring schools), supporting a new industrial strategy, rebuilding communities and rebalancing the economy are just some headline objectives where Universities are a means to her ends.

Brexit means Brexit and we will have to help Theresa May make the best of it. Quite what that means for the financial prospects of universities or for international recruitment or research isn't yet clear. Nor do we know what shape Brexit will take. But it does mean that we must take a more active role in the new PMs agenda and think more deeply about tackling the concerns of those that voted Leave. Less 'what about us' and more 'what can we do to help?'. That isn't just a response to Theresa May but also to those people and places that aren't yet convinced about how much we know or care about them. This might just be the biggest challenge