A Period of Reflection

The death of Martin McGuinness will inevitably lead to a period of reflection on both his personal activities and his legacy.  In many ways McGuinness’s remarkable contribution to political developments in Northern Ireland over almost five decades mirrors the wider political climate there.  This is, of course, not coincidental.  In many ways it is tempting to examine McGuinness’s contribution to Northern Ireland politics as a tale of two halves.  One could examine the period of the early 1970s to the mid-1990s during which his primary vehicle for political involvement was the Irish Republican Army and the primary tactic was the use of violence.  Evidence abounds on the importance of McGuinness within the IRA’s leadership and Army Council throughout much of this period and most accounts of the organisation stress his importance and influence.   This was obviously also the period during which the IRA were at their most active and there are many people in Northern Ireland and beyond who view McGuinness as someone with responsibility for actions that led to widespread death and destruction and cannot forgive him his involvement in these outcomes.  An examination of McGuinness’s contribution to Northern Ireland’s political situation from the mid-1990s onwards would be more likely to focus on his role as a peacemaker; a key individual in the efforts to persuade the IRA to halt their armed campaign, decommission their weaponry and enter into government with the other party that for so long had been seen as at the extremes of Northern Irish politics, the Democratic Unionist Parties (DUP).  The primary vehicle for this phase of McGuinness’s activity would be the political party Sinn Féin and the primary tactic was electoral politics and democratic mandate.  The problem with focusing on one period or the other in isolation or indeed looking at them as a ‘journey’ is the danger that we fail to acknowledge or account for the elements of continuity between the two periods and the relationship between them.  McGuinness MKI was indeed in many ways a different entity than McGuinness MKII, but there were elements of continuity between the two periods.

The most obvious continuity was that McGuinness the peacemaker never disowned or disavowed the actions of his earlier self in the IRA.  McGuinness consistently argued that the IRA’s violence had been necessary and justified in the earlier period.  According to such a view it was the context and actions of others that had changed by the emergence of the peace process in the early 1990s.  These changes, which the IRA had, the argument went, been instrumental in bringing about, meant that IRA violence was no longer necessary (and in his later years McGuinness became a strident critic of dissident republican groups that continued to use and justify violence, famously calling them ‘traitors to the island of Ireland’).  Whilst there were many that found this rationale unpersuasive what is notable is that it did not prove a barrier to the emergence and development of McGuinness MKII.  One of the reasons for this can perhaps be gleaned from the changes that occurred within the republican movement.  The organisation moved from one that was characterised by a commitment to armed struggle, saw electoral politics as at best a distraction and at worse a dangerous diversion away from the armed struggle that would secure the goal of a united Ireland (a position that McGuinness himself held for much of the 1970s and early 1980s), to a movement that increasingly prioritised electoral politics and eventually came to see the armed struggle as an unhelpful distraction and a dangerous diversion away from the achievement of that united Ireland.  The reasons for this transformation remain debated but the path of this transition is fairly clear.  By the mid-1980s some within the Republican movement were beginning to question central tenets of republican thinking on political activity, such as their refusal to take their seats in the Irish Parliament if elected.  It was McGuinness who gave a speech to a Sinn Féin conference in support of reversing this policy in 1986 and appealed to fellow republicans not to split over the issue arguing if they left ‘the only place you’re going is home’ (though some did).  By the early 1990s the British Government were utilising the so-called ‘back channel’ route whereby the security services were indirectly in-touch with the IRA via a link in McGuinness’s native Derry.  It was McGuinness that was the key Republican link in this channel.  When the back channel became defunct and the peace process entered its public phase, McGuinness became Sinn Féin’s Chief Negotiator in the run up to the Good Friday Agreement.  When the Agreement was secured, he served as Education Minister in the first devolved government in the problematic period of stop/start devolution 1999-2002.  Once the impasse of the series of political crises were overcome and Sinn Féin overtook the SDLP to become the largest nationalist party, the unlikely scenario of a DUP-Sinn Féin led power-sharing government was achieved.  McGuinness served as Deputy First Minister and held this post for a decade until his resignation brought the Executive crashing down earlier this year.  In the same period three different DUP leaders held the position of First Minister.

The other important continuity between the two periods of McGuinness’s activity in Northern Ireland’s recent history is that as well not disavowing his earlier self’s activities, a case can be made that there would not have been McGuinness MKII if we had not had McGuinness MKI.  McGuinness’s role as a key architect of the IRA’s move from violence to politics rests to a great extent on his credibility within the wider republican movement and his reputation as a hardliner.  The other widely acknowledged architect of the process, Gerry Adams, was seen as more politically inclined than McGuinness by many within the movement, it was McGuinness that had the reputation as a hardliner.  This role was often seen as important in the avoidance of a significant split within the IRA, an outcome that the British Government feared; and a scenario that McGuinness and Adams stressed in negotiations to try and secure further concessions.

A Figure of Significant Impact

There is a great deal we do not yet know about the Troubles period in Northern Ireland and about the emergence and development of the peace process (and indeed given the current impasse in Northern Ireland, about its future trajectory).  What we do know though is that the man who has just died is a figure who had a significant impact on both the period of violence and the attempts to resolve it.  For some he is someone who must shoulder a significant amount of responsibility for an IRA campaign that led to the deaths of over 1800 people, for others he is someone who was instrumental in the ending of that campaign and who worked subsequently to improve the lot of the people of Northern Ireland.  Whether history will prioritise the actions of the earlier or later McGuinness remains to be seen, what is clear though is that his contribution to the history of Northern Ireland is important and significant. 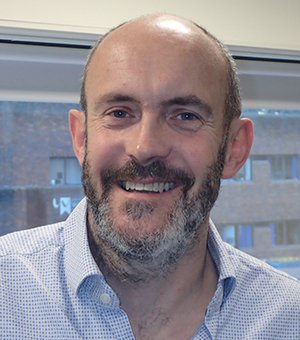 Reader in Conflict Studies, the University of Wolverhampton