Out of Sight: Regulation, Social Control and the Criminalisation of Homelessness

A Coventry man has just been sentenced to four weeks in jail for being homeless and begging in a car park.(i)  Professor Kate Moss asks: ‘Is this a good use of prison and does this approach demonstrate good governance or public policy?’ 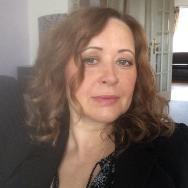 The criminalisation of homelessness in the UK is perpetuated using various forms of legislative clearance, yet this has received relatively little attention.

Measures include those contained in the Vagrancy Act 1824, later versions of this legislation and currently provisions in the Anti-Social Behaviour Crime and Policing Act 2014 s2(1) of which defines anti-social behaviour as;

(a) Conduct that has caused, or is likely to cause, harassment, alarm or distress to any person,

(b) Conduct capable of causing nuisance or annoyance to a person in relation to that person’s occupation of residential premises, or

(c) Conduct capable of causing housing-related nuisance or annoyance to any person.

Arguably it is PSPOs which have the most potential to be used against the homeless. The subjectivity of the words used – in particular the phrase ‘detrimental effect on quality of life’ is an example of vague legislative drafting which could potentially allow any sort of behaviour to be claimed by someone to be ‘detrimental.’

Some examples of the types of activities that had PSPOs applied to them include engaging in card tricks, under 16s gathering in groups of two or more, rough sleeping, begging and loitering, feeding pigeons, using remote control cars, playing ball games in the street, sitting within five metres of an ATM or shop, fishing, skateboarding and loud speech.(ii)

One of the problems with this is that they have the potential to be used against the most vulnerable in our society - the homeless.

If somebody is forced to beg or spend the night in a public toilet, that’s not a lifestyle choice or anti-social behaviour – that’s extreme poverty.  Local authorities should focus on finding ways to help the most vulnerable – not criminalise them and slap them with fines they can’t possibly pay.

Ultimately, the cycle of homelessness will only be broken when policies address the causes and effectively move people into housing since social inclusion for homeless people is more than simply providing adequate housing. Homelessness is a result of complex social issues and the victims are invariably those affected by family and social trauma.

In the UK the architecture of street homelessness appears to revolve around the need to eradicate the spectre of rough sleeping from both urban landscapes and public consciousness.

What is required however are well-resourced and imaginative support programmes, mental health services, education, training, volunteering and employment opportunities. At the moment however with successive cuts in government funding from this sector this type of approach is either patchy or totally absent.

Homeless people need to reconnect with mainstream society; they do not need to be ‘socially excluded’ and arguably this type of legislation does exactly that.

(ii) For the full dataset of PSPO’s applied by each Local Authority in 2014 see; http://www.manifestoclub.com/files/Manifesto%20Club%20briefing%20on%20Public%20Spaces%20Protection%20Order%20powers.pdf

(iii) This would specifically be impacted if PSPO’s are used to prohibit the handing out of free leaflets in public.