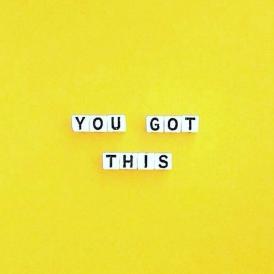 Steph Gilford, studying for a degree in English in the School of Humanities, blogs for Student Stigma.

So here I am writing for Student Stigma and I am excited but I am going to include a trigger warning, just to be considerate.

This is a really interesting post for me to write and involves a lot of reflection, I think. It's kind of hard and I think it's the first time I've opened up completely about this in years and I've got to admit that I'm nervous. Wow. Okay, here goes nothing...

I think being a student of any age is beyond tough, even without any existing or developing mental health issues. There is so many consistent changes and pressures within the education system. I think that it starts from the top with hierarchy putting pressure on teachers. And this stress and pressure works its way down the chain to the students. And being an student certainly isn't any easier now that I am not in high school and am, instead, working toward a degree. I remember having anxiety issues that I didn't even realise were anxiety when I was in high school. I think, to a certain degree, it was almost impossible for me to think that there might be any problems so early on. But I watch my sister under the same sort of pressures, in her final year of her A levels now. The system may change, but the pressures, stresses and anxieties that come with it do not.

Okay, so in order to write this piece I thought some research was in order. I found that at least a quarter of teenage girls, alone, are classifying themselves as depressed. I was genuinely surprised that it wasn't higher, in all honesty.  I also read articles such as these on The Guardian's website about schools that have banned the use of mobile phones to protect children's mental health. It got me wondering about the sources of mental health issues in young people and I think it's a little bit naïve to think that the sole cause of mental health issues is just bullying. I know that for me it was a combination of things; me putting too much pressure on myself, I don't know. I think I put way too much pressure on myself to be good academically, to be a good friend, to be a good daughter and it just didn't work out. It became really apparent that I didn't fit in at this point and I wish I had realised that this was okay sooner.

When I was in high school, and much much younger than I am now, I was depressed. And I think this came from not knowing how to deal with an acknowledge my anxiety properly. So gradually, this built up and became something else. Strangely, this sadness and anxiety did not affect my studies. I was always committed to that one thing. But I realised that I had no hobbies, and that the people I had surrounded myself in school weren't the best people to make me feel any better. I think little thirteen (to fifteen-year-old) me and her friends weren't the best match for each other. But it was really easy to get swept up in destructive behaviours such as self-harm at this point. I still had no idea how to deal with my anxiety, and I watched a lot of other people around me hurting themselves to deal with things. And they seemed okay. At this point, I really wish that I had started reading, and embracing the things that I enjoyed sooner, rather than getting swept up in so much anxiety and a need to fit in.

I kept a lot of things bottled up, I think. Which doesn't help. Sometimes it felt as though there was nobody around to listen. Like things had just stopped for me, and yet the world was still turning from everyone else. Eventually, somebody saw the state of my arm and she listened. For hours on end. And I am so sorry that she did because I would never put anybody through that again. I wouldn't put myself through that again, or my parents. But I will never stop being thankful to that lady. One of the many things they don't teach you in high school is self love. I wonder if it can be taught. But from that point, to the time I left high school I know that I encountered many people who gave me the skills to develop a kind of self-love that I couldn't have done on my own.

Anyway, that wasn't the first time I self-harmed. I'm incredibly lucky that most of my scars have faded. It took me a good year to give up taking sharp objects to my skin, and in time I stopped hanging out with my unsuitable friends and started taking up hobbies. I read, took up sewing, and my English teacher encouraged me to write and share my experiences through poetry. In short, I embraced being a nerd and hid out in a class room throughout breaks. Writing is such a good hobby for mental health management! The second time I self-harmed, I was an A- level student and I tried something different, but I'd rather talk about the management side of things than what I did. I cannot express how important it is to reach out and talk to people. The amount of support I had in dealing with a lot of these issues was amazing and I will be eternally grateful.

The second time, I had a lot of help from a teacher to get through that stage. And I started to think about me as a person, and was encouraged to put my over thinking habits to better use. She gave me a set of headings that helped me to think about why I was so sad, and intent on hurting myself. They gave me room to explore why I felt the way I did, what I did about it, and what I had learnt. The art of self-reflection was incredibly valuable to me and you can adapt that sort of format to any kind of feeling. I found it unhelpful to actually keep a proper journal, and I preferred just small details that helped me to work through my thoughts. Full and detailed journals sucked- they're really hard to read back.

Eventually, I realised that I wasn't a bad person. I had made some bad choices. And yet I had also made some good ones. Those few years in high school taught me a lot about myself (I know this sounds cheesy). I much more capable of reaching out for help, and communicating. But more importantly than that, I am better at managing my own feelings and am much more accepting of myself. Whilst I am not proud of those few years, I am proud of the person that I am now, after it all.

Okay. Even now, I still struggle with anxiety a lot. The amount of times that I end up in my lecturers shared office to vent, is embarrassing. But reaching out and asking for help is so so important. I still suffer with panic attacks and I still overthink. And there are still times when it feels like things are building up and I don't know who to talk to. However you chose to deal with these feelings is okay. I just wish I had listened when they told me that things would get better. It is okay to feel too much, and to feel like you need to take things out on yourself. I know that I hurt myself because it was like draining something off. Like a letting some helium out of a balloon so it stretches less. It gave me room to breathe, just for a little bit and at the time that was better than nothing.

Writing this was difficult for me. So why have I written this and strayed from my comfort zone? Because awareness is so important, and I’m trying really hard to be honest with myself, I've made peace with the past and I don't beat myself up as much anymore for getting so stressed.

Finally, I wrote for the simple reason that things get better, and I wish more students (and people) knew this. I wish that I had known this.

This blog was originally written for Student Stigma.