The secret of the Lionesses' success

These are heady times for England Lionesses as they beat France for the first time in 43 years to reach the semi-finals of Euro 2017. As a nation that identifies football as its national sport, the question many are asking is what is behind this recent success?

Following an unusual protocol, Mark Sampson announced his squad for Euro 2017 four months before the tournament start. This move raised eyebrows, but for the players selected it allowed meticulous physical, technical, tactical and psychological preparation to begin. When examining how they have prepared, it seems that this is a team that looks to learn from the success of others. 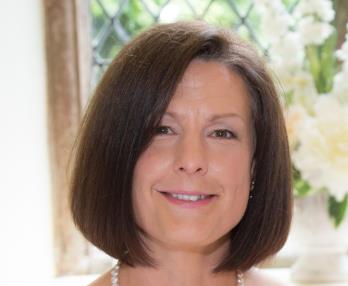 Maddie Hinch, goalkeeper for the gold medal winning GB Hockey team joked after the Olympics ‘If the FA want a few tips, I’m happy to help out’. She went on to explain that preparation for a major games ‘involves hours and hours of homework. You learn each player’s strength, because that’s what they’re likely to resort to under pressure.’ Fast forward to Jodie Taylor, the England player leading the challenge for the tournaments golden boot. Having scored the winning goal against France, she described during her post match interview how she studied footage of the goalkeeper Sarah Bouhaddi before the match, and that she has studied every goalkeeper they are likely to face.

The careful preparation of Lucy Bronze has also paid off during Euro 2017. Bronze described how "Before the tournament, UEFA send referees in to have meetings with you and they said if it [the ball] hits you or is a deflection it's not really a handball - you can't really help it". When a penalty was awarded to Spain, Bronze’s note-taking in UEFA meetings made the difference. Bronze, said in a post-match interview: "I saw it right in front of me and I was like 'that is not a penalty' - it's hit her leg and then gone up and hit her arm. It's a deflection and [the referee] said 'you're right, it's my mistake'.

In naming his 23-strong squad, Sampson selected 19 players from the 2015 World Cup identifying players who have shown themselves capable of handling pressure and with experience of success. Having had almost two years to build on the success of 2015, it has been possible to try out different players and playing combinations, developing a strong squad mentality and collective belief.

What we are witnessing now is a cyclical process whereby belief is producing results and these results are strengthening belief. Be sure to watch on Thursday 3rd August where England may well write more history by progressing to the final of Euro 2017.