Who will Protect Us from Westminster? 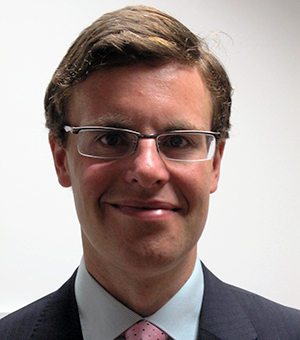 There are a number of causes for disquiet about human rights protection in the UK post-Brexit. This blog post looks at two inter-connected concerns:

(a) Brexit will result in the loss in the UK of judicial mechanisms for the protection of rights against legislative interference;

(b) The judicial human rights protection mechanisms against legislative interference in the UK constitutional system are weak.

The Government asserts that the CFREU’s removal will not lead to a decrease in human rights protection because the rights contained in the CFREU are replicated in the European Convention on Human Rights (ECHR), which will continue to have effect under the Human Rights Act 1998 (HRA). However, this assertion is not completely accurate, as it ignores the fact that EU law provides for more effective judicial protection of rights than the HRA.

The HRA does not prevent Parliament from enacting legislation that is contrary to ECHR rights. While Section 4 HRA does empower certain British courts to issue declarations of incompatibility (declare a statutory provision to be incompatible with an ECHR right), such declarations do not bind Parliament.

The CFREU, however, operates differently. Although it applies to Parliament only when implementing EU law, any legislation enacted for such a purpose must, owing to EU law’s supremacy, be disregarded by UK courts where contrary to a CFREU right. Accordingly, the CFREU grants to British and EU courts the de facto power to review the legality of Acts of Parliament.

The importance of the CFREU as a means of human rights protection against interference by national legislatures has become apparent in recent years.

It is best demonstrated in perhaps the most significant Court of Justice of the EU (CJEU) ruling in 2016: Case C-698/15 Watson and Others. In this ruling, the CJEU, in an action originally brought before the High Court of England & Wales by a number of claimants, including the current Secretary of State for Exiting the EU David Davis, effectively ruled that the draconian data retention and access requirements introduced by Section 1 of the Data Retention and Investigatory Powers Act 2014 (DRIPA) were contrary to Articles 7,  8  and  11  CFREU, the  rights  to  privacy, protection  of  personal  data,  and  freedom  of  expression  respectively.

The result is that Section 1 is, in effect, invalid. Had Mr Davis and his co-claimants been denied the opportunity to plead the CFREU, the best remedy they could have hoped to receive from a British court would have been a non-binding Section 4 HRA declaration.

The Weak Judicial Protection Mechanisms in the UK Constitutional Order

The preamble to the UN’s Universal Declaration on Human Rights (UDHR) refers to “the inherent dignity and … the equal and inalienable rights of all members of the human family”.

These words endorse the natural law theory that all human beings enjoy inalienable rights that are antecedent to positive law. In the US constitutional context, Supreme Court Justice William J Brennan described the antecedent nature of human rights cogently:

“The Framers of the Bill of Rights did not purport to ‘create’ rights. Rather, they designed the Bill of Rights to prohibit our Government from infringing rights and liberties presumed to be preexisting.” (United States v Verdugo-Urquidez 494 U.S. 259 (1990),at 288).

The UK’s constitutional system, however, has never regarded human rights as inalienable or antecedent to positive law. The cornerstone of the UK constitutional order is parliamentary sovereignty.

Dicey, the preeminent UK constitutional law scholar, described this doctrine as follows: (a) Parliament possessed the right to make or unmake any law, and (b) no person or body had a right to override or set aside statute. Seen through this lens, rights were not inherent; rather, they were the gift of the Sovereign (now the Queen-in-Parliament). This is evident even in Magna Carta, Chapter 1:

“We (i.e. King John) have also granted to all the free men of the Kingdom, for us and our heirs in perpetuity, all the below written liberties...”

The theoretical distinction between the principle that human rights are inalienable and antecedent to positive law and the understanding of rights gifts of positive law is not merely academic.

The distinction may have consequences in terms of the extent to which rights may be protected judicially.

Legal systems based on the credo that rights exist before and are superior to positive law tend to impose checks on legislative power. In such legal systems, or constitutional democracies, a court will be granted jurisdiction to review the validity of parliamentary legislation and strike it down where it breaches constitutionally protected rights.

However, as a result of parliamentary supremacy, no such review of legislation is possible in the UK.

As discussed above, the Government proposes to remove the CFREU from the UK legal order, thereby eliminating the only basis upon which courts may review the validity of parliamentary legislation.

It is, in this author’s view, naïve to believe that the ballot box or decency constitute sufficient checks against majoritarian excesses.