3D printing is established as Disruptive Technology with its ground breaking revolutionary benefits in almost all sectors of Manufacturing. 3D printing is constantly pacing to add more dimensions in its manufacturing paradigm going from 3D to 4D and 5D.

Dr Kiran Gulia, Senior Academic in the School of Engineering based at Telford Innovation Centre, blogs about 3D and its role in the manufacturing industry.‌‌ 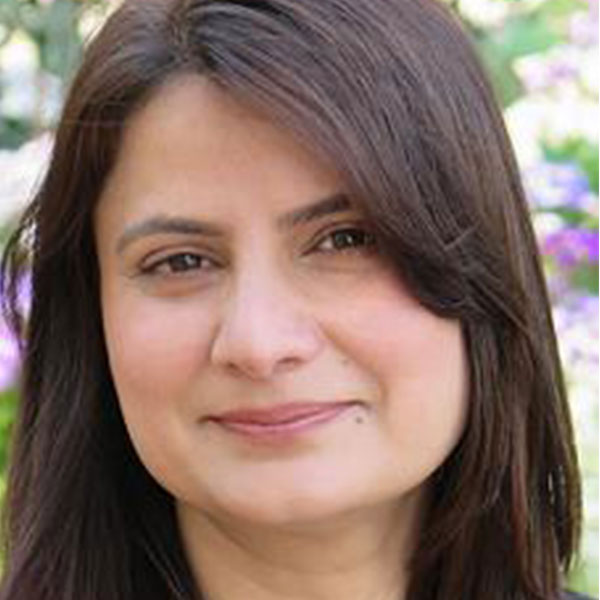 3D printing was initially used for prototyping and replicating structures such as Bio implants and Metallic Components. However, with recent advances and more understanding in 3D printing technology, it is now possible to print complex structures at the other end of the ‘size-spectrum’ that would otherwise not be visible to the human eye unaided.

With its advanced manufacturing potential to build an object of any shape and complex geometry on demand, the new shift in its size is currently seen as ‘revolutionary’. 3D printing on ‘NANO-SCALE’ is popularly called ‘Nano-manufacturing’ or ‘Nano 3D-printing’. These 3D printed complex structures are called ‘Nano-architectures’. Nano-architectures has already strengthened research output in many industries such as Biomedical, Electrical, Body Armour, and are now proving credibility in Aerospace and Automotive.

The process of ‘Nano-3D Printing’ is additive manufacturing - making 3D objects on a scale smaller than 200nm, by building- up with materials layer upon layer, following the STL digital-design. Similar to meso or microscale 3D printing, nano 3D printing offers advantages to manufacturing technologies in speed, less waste, economic viability, printing complicated geometries, smart structures but with much finer details than ever before.

The process of Nano 3D Printing Process is possible due to ‘Photopolymerisation’ or more specifically ‘Two-Photon Polymerisation’. It is similar to the much familiar process called ‘Stereolithography’ that cures light-sensitive photopolymer with a light source. High power laser focusses two-photons of near-infrared light in very short pulses at a photocurable material, for example on resin. Resin is cured layer-by-layer hence enabling printing of the ‘nanoarchitects’ with details finer than 200 nm or 7.9 μin.

Interesting it is to wonder, why the need of Nano-architectures and what tangible advantages will we reap of the Nano-3D-printing technology? Well, in Additive manufacturing, it is very hard to manufacture free-form structures with resolutions below 10 micron using traditional forms of manufacturing; this is where ‘Nano-3D-printing’ comes in to the picture. In the recent years, nanomanufacturing has found its tremendous use in medicine especially in Cancer Research. This specific application of Nano-printed devices used inside a body in Cancer research is also called ‘Doctors inside the Body’.

For example, various newly developed drugs for some cardiovascular diseases and cancers are poorly soluble in water. Nano-printing provides an efficient way of delivering the drugs using oral-preparations.

Another fascinating example is where nanoscopic fish-shaped objects with platinum loaded tails are nano-printed to perform toxic clean-up at localized sites in human body. These objects are iron-oxide coated to be magnetically directed to the site. These ‘Nanorobots’ are gaining popularity in diagnostics and drug delivery. Nanorobots are printed smart structures that are capable of sensing, manipulation, and diagnostic behavior at the nanoscale. Nanorobots structures are used around tumour site for localized drug delivery system. Continuous inventions in Nano-materials and Nano-printing have made feasible use of sensors on a nanoscale. Sensors can now be placed over critical spots to diagnose and collect data.

However, the application of 3D printed Nano-sensors is not restricted only to Cancer research but also shows good potential in diagnostic and data collection of structural integrity in real time in major infrastructures such as Nuclear Power Plants, Railways, Aircraft, Bridges etc.

Key transition is being witnessed in well-established field of Micro-electro-mechanical systems (MEMS) to Nano-electro-mechanical systems (NEMS). Nanomechanical device use 3D printed nanostructures that are mechanical at Nanoscale. Hitachi Global Storage Technologies has taken the technology on a different level by combining — self-assembling molecules and nanoimprinting — to be able to create large groups of dense patterns of magnetic islands only 10nm wide using nanolithography processes that will allow the doubling of hard disk drive (HDD) data storage density in future disk drives.

The University of Wolverhampton (UoW) is keenly involved in nano-3D-printing on various interdisciplinary projects involving Nanoparticles. One of the major Interdisciplinary projects in UoW uses Nano -Additive Manufacturing and Nano-materials in Cancer Research that has major potential to develop novel products of commercial viability. The research will help in developing in-vitro diagnostic system to enable secure, reliable and easy-to-use diagnostic device. Nano-materials in-vitro formulation for oral medication will be another major lead in Cancer Research.

Future projects of Nano-manufacturing in the University of Wolverhampton will pace to four dimensional (4D) complex structures within a controlled volume at sub-micron spatial resolution. These structures will be sophisticated to mimic biological events at the cellular level. Nanoscale control of spatial resolution will see the revolutionised applications of next generation in areas such as optical - electronic devices for medical, biotechnology, aerospace and so on.