Theresa May and the Legislative Quick Fix

In 2009 I cited Martin Bright – then political editor for The New Statesman – as commenting that the British Government had a mania for legislation and that since 1997 they had legislated to make over 400 forms of behaviour, previously legal, illegal.(i)

This came back to me recently when, in December 2017, the Committee on Standards in Public Life issued a review of what they termed ‘Intimidation in Public Life.’ 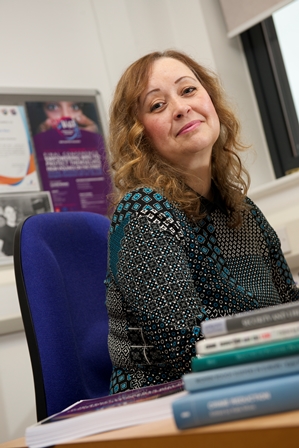 Although the report begins by citing  the ‘Nolan Principles on Standards in Public Life 1995,’which focused on the ethical conduct of public office holders such as MPs, this new report appears to make two contradictory points relating to the need to protect MPs. Although it states clearly that there is no evidence to suggest that the current criminal law is insufficient, the report continues:

On the strength of this it appears that Theresa May will make an announcement that she will ‘consider a new offence to protect politicians and their families’. But do we really need a new offence? Arguably there is already a plethora of legislation which could be applied to any number of situations where an MP or Parliamentary candidate might find herself/himself intimidated.

Given that it is the duty of the Judiciary to interpret Parliament’s legislative intention, then it seems logical to assume that these offences could easily be applied to any potential situation where a Parliamentary candidate actually was, or felt, intimidated. Perhaps I’m missing the point though. My cynical alter ego keeps telling me that this is not really about intimidation but about suppression – of free speech and the media.

Article 19 of the Universal Declaration of Human Rights 1948 expressed for the first time that freedom of expression and opinion is a foundation without which many other basic human rights cannot be enjoyed.

It also makes a valuable contribution to good governance, the rule of law and democracy. Not only do the media have a vital role in scrutinising and evaluating the actions of Government (including potential Parliamentary candidates) but having the ability to hold, exchange and challenge the opinions of yourself and others is a necessary component of a functioning democracy. Governments have a duty to eliminate barriers to freedom of expression, not to create more unnecessary law to suppress them.

My concern is that the public may fail to appreciate how lives are being changed – arguably not for the better – by increasing restrictions on free speech finding their way onto the statute book as a result of ‘knee jerk’ reactions to social issues .Theresa May won’t - but ought to -  heed the words of Prins:

"It is as though our political leaders think that all social problems can be resolved through the statute book. Many of these statutes have been ill thought-through, over complicated and highly unlikely to achieve the aims expected of them…The most noticeable and worrying development is the desire for a ‘quick fix’…as though they are singularly unable to tolerate ambiguity and uncertainty. This produces a state of rhetoric over reality.”(iii)