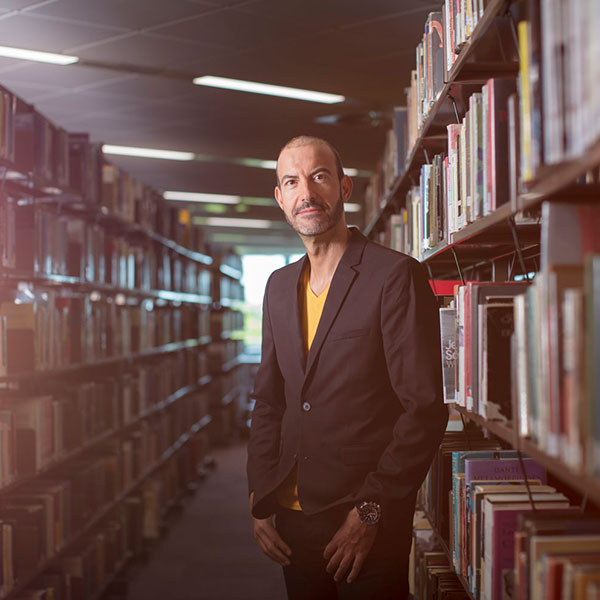 Former Greek prime minister Andreas Papandreou is widely regarded as a key figure not only in contemporary Greek history, but in 20th century European politics. On the 100th anniversary of his birth, George Kassimeris writes on the legacy of an ideal Greek everyman whose years in power were touched with national pride, but who in the end failed to be the great prime minister his country needed him to be.

Today marks 100 years since the birth of Andreas Papandreou, Greece’s first socialist prime minister and an extraordinary figure of 20th century European politics. Whether in or out of office, Papandreou dominated Greek political life for a generation. In his eleven years as prime minister (1981-89 and 1993-96), he provoked more blind adulation and more enraged vilification at home and abroad than any other post-war Greek or, for that matter, European political leader.

Papandreou’s shadow, more than two decades after his death, still looms over Greek political life. Even those Greeks with little or no memory of him live in a world that he created. The best proof that Papandreou’s style and set of values still dominate Greek political culture is the current prime minister and leader of radical-left Syriza party, Alexis Tsipras, who won power largely by emulating Papandreou’s political persona and political tactics.

When Papandreou swept to power as Greece’s first socialist prime minister in October 1981, he was seen as the answer to the prayers of many Greeks trapped after the 1944-49 Civil War in a repressive and claustrophobic society divided into first-class and third-class citizens. His supporters, that October, did not talk about a change of government, but a change of regime.

Papandreou’s career, in many ways, mirrored that of François Mitterrand, who preceded him into power by a few months. Like the French President, Papandreou’s main accomplishment was to get elected and thus introduce the notion of alternation between right-wing and left-wing governments as a normal characteristic of public life. Like Mitterrand, too, the sweeping social and political transformation he promised proved to be less striking than the enjoyment he derived from the exercise of power.

Papandreou’s was an extraordinary life story: inspiring, amusing, and often disturbing. In fact, his history, almost like that of his own country, offers such a sweeping panorama that it must baffle as well as amaze. Papandreou’s years in power were touched with national pride and grandeur but in the end, constitute a melancholy saga of an intuitive politician and master tactician who could not rise above the habits and conditioning of a lifetime.

Under Papandreou the nationalism of resentment that had characterised the first years of metapolitesfi (as the Greeks call the transition from dictatorship to multi-party democracy) was replaced by the nationalism of pride. Papandreou wanted Greece to be autonomous and capable of asserting its independence in matters of national interest. The search for national grandeur, however, brought instead economic stagnation, low growth, double-digit inflation, and colossal public deficits that combined with a bloated and corrupt bureaucracy (which still pervades much of daily and working life) to erode the country’s financial stability and international credibility.

Whether he was an ideal leader from Greece’s point of view is another matter. His way was, most probably, not the best way to run a country yet the fact is that the Papandreou years made the Greek people more self-confident and less afraid. Which explains why, after Papandreou won power in 1981, a solid two-fifths of the Greek people continued to vote for him however much his policies zigzagged, however inflammatory his rhetoric, however erratic his fiscal management, however corrupt his inner court of cronies, and however exotic his private life.

Whatever else Papandreou was, he was the ideal Greek everyman: he stood up to the Americans and the Turks, he twirled to the macho zebekiko Greek dance in public, he loved fine dining and beautiful women, and his compatriots (whether in favour or against) admired him for all that. Papandreou, the consummate populist that he was, reached the hearts and minds of the voters like no other Greek political leader. Whether on family law or pension reform or foreign policy or education, or the introduction of civil marriage and the recognition of the national resistance, Papandreou invariably touched the majority nerve, knowing how far to push and when to pull back.

If Andreas Papandreou still matters today, despite his byzantine governing methods, it is because he is remembered for demonstrating robust leadership at times of national crises. National crises – particularly in crisis-prone countries, like Greece – demand from leaders character, imagination and most critically compassion. Papandreou had all these qualities in spades. By contrast, his present-day counterpart Alexis Tsipras may have taken several pages from the Papandreou political playbook but he is no Papandreou in this respect.

Papandreou for example would have never displayed the insensitive behaviour that Tsipras showed in the summer of 2018 when devastating wildfires decimated an entire seaside community outside Athens. Papandreou’s response would have been the complete opposite to Tsipras’s slow and detached reaction to a grave national emergency. A politician to his marrow, Papandreou would have delivered plain sentences that people could understand and identify with, and most certainly would not have failed to show the empathy desperately required by the circumstances.

Papandreou remains a fascinating figure in European politics, part populist and part visionary. A one-man election machine who conjured up oratory and imagery that retain their hold more than two decades after his death. But there is no escape from the conclusion that even if he was a master politician, he could not be the great prime minister that Greece needed him to be. In many ways, Papandreou’s premierships were a mirror of the country itself: psychological complexities and lack of discipline leading to squandered opportunities undermined by self-indulgence and scattered concentration.