What can we learn from Squid Game and apply to business? 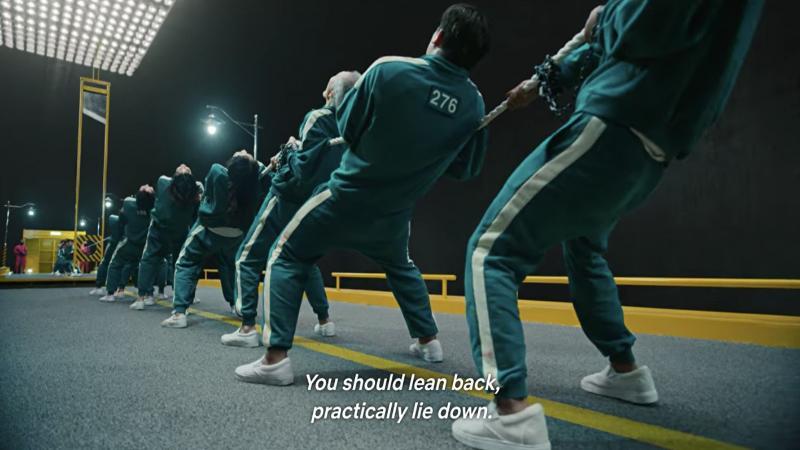 Drawing a line in the sand or playing Ddakji, how do we move beyond the triangles, squares and circles, and I am not talking about a PlayStation controller.

If you have been on social media over the past three weeks, you will have synthesised the aesthetics, story and characters behind the Netflix Korean thriller series Squid Game (오징어 게임). So what can we translate from the story of debt-ridden people competing for a huge cash prize in a deadly series of children's games, and use that to learn how to run a business?

1. Building and developing a network

Even though others are dressed the same as you, this does not mean we are all the same. We often understand the need to build a network, but simply shaking hands and saying Hi! would not cut it in Squid Game so why should it be in real life. Relationships in your network need nurturing, we need to learn to trust each other and value new relationships. The main takeaway here is to value quality relationships rather than quantity. There are plenty of people on LinkedIn with 456+ connections, but how strong are those relationships in real life?

People with different talents make a powerful team. When you introduce diversity into the workplace, you’re introducing new ways to tackle problems. Player 101 wanted a team of "strong men" to help him win the tug of war, whilst this strategy can work for one problem, it won't for the many other obstacles you may face.

Player 456's team was truly diverse: an elderly wise man, a financial genius, a physically strong man, and an ingenious woman, each person in this team had their own unique powerful attribute.

So how can a team with an elderly man, three women, and six men triumph over 10 men due to SMART strategy and intelligence? In Squid Game, the perceived "weaker team' begin by leaning back as far as possible for 10 seconds before tugging ferociously. When everyone is tired, they fearlessly take three steps forwards causing their opponents to fall. Despite being at a disadvantage, the "weaker team" manage to beat a formidable team with the help of some quick thinking and logical thinking. In Squid Game, we learn that if you set vague or ambiguous goals, you won't end up where you want to be (safe on the platform) because your strategy is not agile.

One last thing, my Gganbu, whether we are made to cut out a sugar honeycomb umbrella or circle, it is important to recognise the strengths in our decision making. We often blame internal and external factors when something goes wrong, it is up to us to choose our own narrative as we journey to our destination.

So does anyone want to play Ddakji?