Every book tells a story 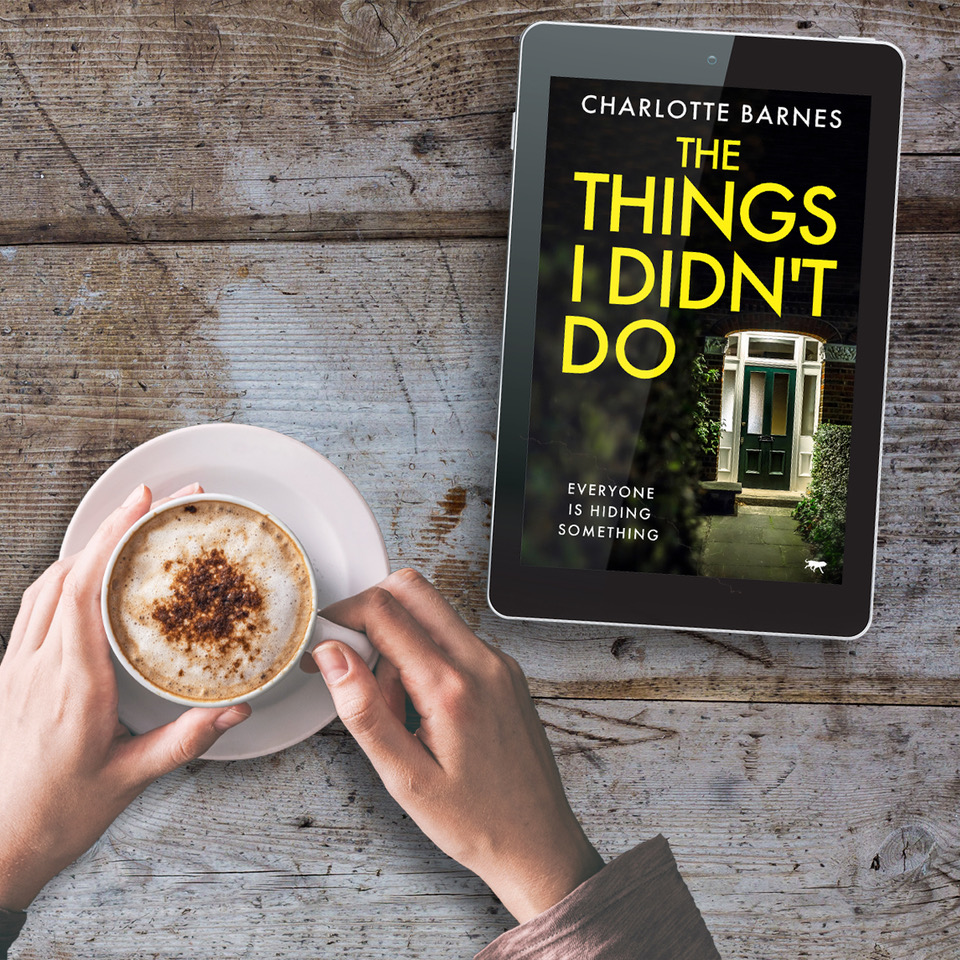 On World Book Day, Dr Charlotte ‘Charley’ Barnes, lecturer in Creative and Professional Writing at the University of Wolverhampton blogs about her most recent book and the stories that inspired it along the way.

It seems an obvious headline: of course, every book tells a story. That said, though, every book likely tells a different story to the singular narrative that arrives with readers. People see the finished product of a book but not necessarily the hours of research, the time spent reading other works, or even the inspirations behind a finished tale.

‘The Things I Didn’t Do’ is my latest psychological thriller about a woman found not guilty of murdering her husband. In the years after that, she lives out in the countryside under an assumed identity to escape media outlets, who seem determined to try her repeatedly for the crime she was found not guilty of. Now, though, her life is changing, and with those changes she’s found a desire to talk about the truth of her husband’s murder – and she’s hired a ghost-writer to help her. Erica, the accused murderess, works closely with Prue, the hired writer, to construct a memoir detailing the truth of what happened. But with a book told by two first-person speakers, both of whom have their own agendas, which one of them can you trust?

The story of Erica and Prue isn’t the only story being told here, though. The untold part of this book is that the idea came together while I was teaching on the Popular Culture MA at the University of Wolverhampton. During my Crime of the Century classes, the students and I would travel around the proverbial houses to discuss representations of murder, or murderers, in the media. In more specific detail, we discussed Jack the Ripper and the ways in which s/he as a figure has become folkloric and celebrated, due to the many media representations that surround the murderer. Though, of course, we also talked about the one real hook of Ripper lore: Who was the killer?

It was during these stimulating discussions that the idea of ‘The Things I Didn’t Do’ came together. I reconsidered the ways in which criminals, of varying degrees, are (mis)represented in media outlets – even more so, if the criminal on trial happens to be a woman. With the advent of true crime as a celebrated genre, the work of the media in this area has become more varied but also more integral, too, to the ways in which real life narratives are retold and, indeed, reimagined for general consumption.

In the weeks and months of writing, I found that I was researching this area in more detail while also returning to the conversations that had taken place with students. While crime might be delivered to us in different ways – podcasts, documentaries and so on – our fascination with it seems limitless. That said, though, how is anyone ever to know what version of any set of events is the truth, when we’re consuming it through someone else’s spy glass? This research and more fuelled the book, and it’s something many reviewers have kindly commented on: What’s the definitive narrative in Erica and Prue’s story?

It was a multi-layered process and one that likely wouldn’t have come together had it not been for me diving headfirst into the aforementioned module and study programme. Likewise, my academic background – as a student and now a tutor – in creative writing informed the practice of working on the book, too, as the time spent studying the practice of writing helped me to see that yes, research is essential – and yes, it definitely counts as work. It also means that every story has more than one story – and sometimes, even the writer can’t tell you which story is the right one…

Dr Charlotte ‘Charley’ Barnes is a lecturer in Creative and Professional Writing at the University of Wolverhampton. Her research focus is crime fiction, true crime, gender ideologies, and misrepresentations of violence. The Things I Didn’t Do is her seventh novel.