A leading music director has worked alongside a University of Wolverhampton academic to uncover the truth about the historical importance of the contribution of Black performers to musical theatre.

Sean Mayes, a New York City and Toronto-based music director, and Sarah K Whitfield, Senior Lecturer in Musical Theatre at the University of Wolverhampton and a theatre historian and researcher, teamed up to research and write a new book An Inconvenient Black History of British Musical Theatre 1900-1950 (Methuen Drama) which is due to be launched at a concert at Wigmore Hall, London, in September.

The book explores whether the story which had always been told about the history of British musical theatre was true and that Black practitioners only really made a difference to the form after the SS Windrush. The research they uncovered presented a complicated and brilliant reality in that Black performance practice has always been an essential and vibrant part of British culture which shaped the musical, but many of their names and works have never been included in histories of the British musical - until now.

The concert celebrates the heritage and importance of Black music and performance to Wigmore Hall and the wider British musical theatre industries. Through innovative hybrid concert and discussion form, Mayes and Whitfield will discuss the hidden history the book uncovers, the urgency of uncovering the work of Black creative practitioners, and what it means for the future.

West End performer Jonathan Andrew Hume (Come from Away, The Lion King) and emerging soprano Esme Sears will join Mayes in performances of songs and repertoire that re-centre Black musical experience. The concert is directed by Shanté Campbell and supported by the Canada-UK Foundation.

Sean said: “Sarah and I are thrilled that Wigmore Hall has invited us to be part of their renewed efforts to reinstate Black performance practice with the launch of our new book in a dual concert-book launch evening event this Autumn. This marks an important milestone in our industry as we collectively examine ways in which we can reconsider the journey and narrative of musical theatre. Let us say now in learning our own histories and refusing to be taught fragmentedly unfinished ones, that in saying ‘Black lives matter’, that we refuse to allow any of these names to go unheard again.” 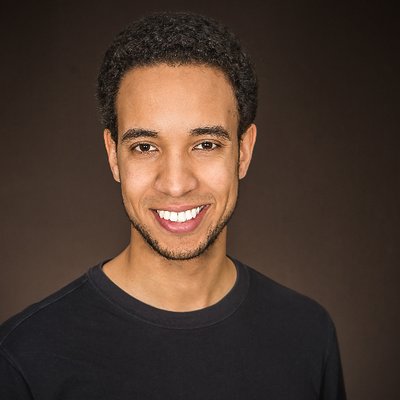 Sarah said: “As a historian and researcher I've worked on searching archives and digital databases to find more about this vital missing history - building on the work of earlier researchers in revealing astonishing stories about the ways in which Black theatre practitioners reshaped and challenged musical theatre in the UK. The inconvenient reality means restating this glorious truth of so many Black performers and practitioners who shaped musical theatre.” 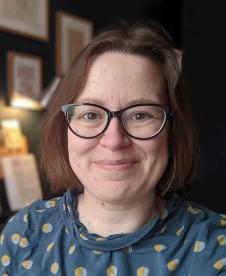 John Gilhooly, Artistic and Executive Director at Wigmore Hall, said: “This is a very important book and what the research behind it highlights needs to be heard. We are very pleased to give it a platform at Wigmore Hall as the industry renews its efforts to do better in telling our diverse history as a basis for moving forward with a more equal future.”

The concert is taking place on Tuesday 21 September 2021 at 7.30 pm and tickets can be booked here.

Sean Mayes is a New York City and Toronto-based music director. As an MD & conductor, his work has involved productions on stages across the United States, Canada and the United Kingdom. He is an active member of the Broadway community as a music director & orchestrator-arranger. In Spring 2019, Mr Mayes was Music Director and Conductor of the all-Canadian premiere of The Color Purple.

Sarah K. Whitfield is a theatre historian, researcher and dramaturg. She has spoken about her work internationally and written for the New York Public Library, the Library of Congress and Maestra Music. She has worked as a dramaturg and advisor including for Jeremy Sams and for theatre productions from small scale work to West End musicals and immersive productions. She writes about the history of musical theatre and recovering the work that women and minoritised groups do through archival research and digital humanities. She is based in the West Midlands, UK.

Mayes and Whitfield will introduce the Black theatre community in London's Roaring 20s, and the secret Florence Mills memorial concert they held in 1928. They will talk about Buddy Bradley, Black tap and ballet choreographer, who reshaped dance in British musicals - often to be found at Noël Coward's apartment for late-night rehearsals, such was Bradley's importance and Jack Johnson, the first African American Heavyweight Boxing Champion, who toured Britain's theatres during World War 1 and brought the sounds of Chicago to places like war-weary Dundee.

Discover the most prolific Black theatre practitioner you've never heard of, William Garland, who worked for 40 years across multiple continents and championed Black British performers. Marvel at performers like cabaret star Mabel Mercer, born in Stafford in 1900, who sang and conducted theatre orchestras across the UK, as well as Black Birmingham comedian Eddie Emerson, who was Garland's partner for decades.

The book is available for pre-order now at Bloomsbury’s website and on Amazon.

Find out more about the University's research in these publications: