Regeneration of Springfield Campus features as one in a million 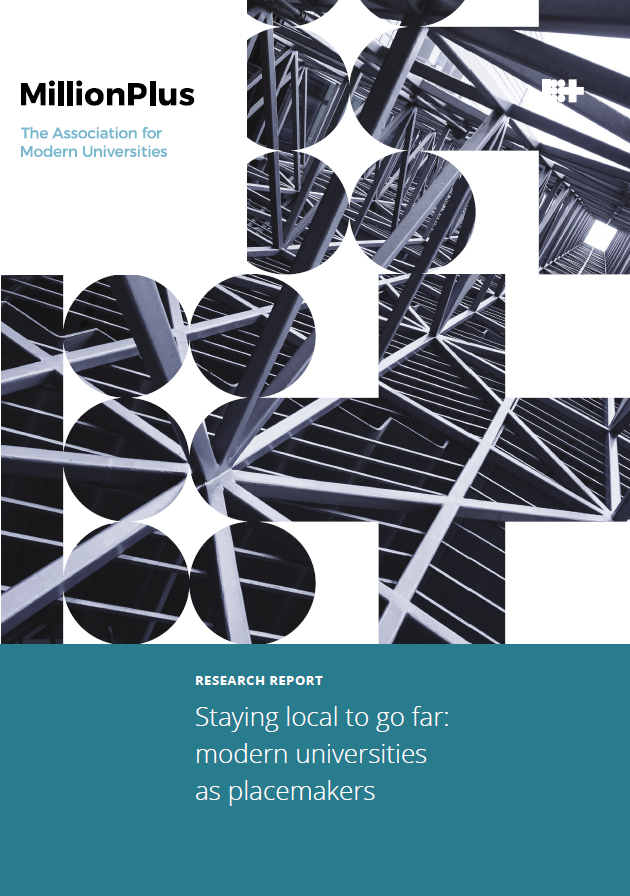 MillionPlus, the Association for Modern Universities, has included one of the University of Wolverhampton’s major regeneration projects in its latest research report which was launched recently.

The report, which was launched on 24 May 2022, Staying local to go far: modern universities as placemakers, explores both the economic and social impact of modern universities in regions across the UK. This has involved several strands of research to create an evidence base.

The University’s regeneration of a former brewery and brownfield site in Wolverhampton to create a construction super-campus was highlighted in the research report.  The £120m Springfield Campus seeks to stimulate economic regeneration in Wolverhampton and the Black Country by bringing together school-level education, employer training provision and higher education on one site.

Situated on a former brewery site, Springfield has transformed a derelict area of the city. The campus is a significantly important regeneration project for the West Midlands and when fully operational will be the world’s largest construction education campus developing the skills and knowledge base for the future of construction. 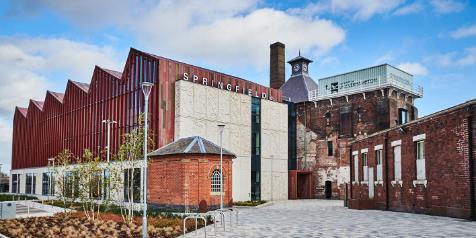 The report cites: Examples, such as the Springfield Campus at the University of Wolverhampton, exemplify what one might refer to as “regeneration spillovers”. One interview participant observed that projects such as these unlock “wider regeneration”. One strand of this is that the centre of excellence that is being developed through this venture will be actively working on future regeneration projects in the area.

Richard Lawrence, Director of Regeneration at City of Wolverhampton Council, said: “I think the story of Springfield continues, and I think that is testament to a visionary investment and commitment by the university. Indeed, it kind of goes further than that. So we’re almost now creating an ecosystem. You’ve got private sector investment and delivery. You’ve got the university in the middle as that centre of excellence and Research and Development, and from a commercial point of view, we’re using that as an inward investment opportunity to become the centre of excellence for future construction technologies.”

“Universities are multi-faceted organisations that are adept at finding solutions to local problems. Their size and breadth mean they have the capacity to play a role as placemakers.

“The case studies and interviews that underpin this report shine a spotlight on the effective ways that universities work with other local organisations to drive forward change and, ultimately, improve the quality of life for students and local citizens.”

Full press release and link to the full report: https://www.millionplus.ac.uk/news/press-releases/modern-universities-vital-actors-in-the-levelling-up-agenda-says-millionplus